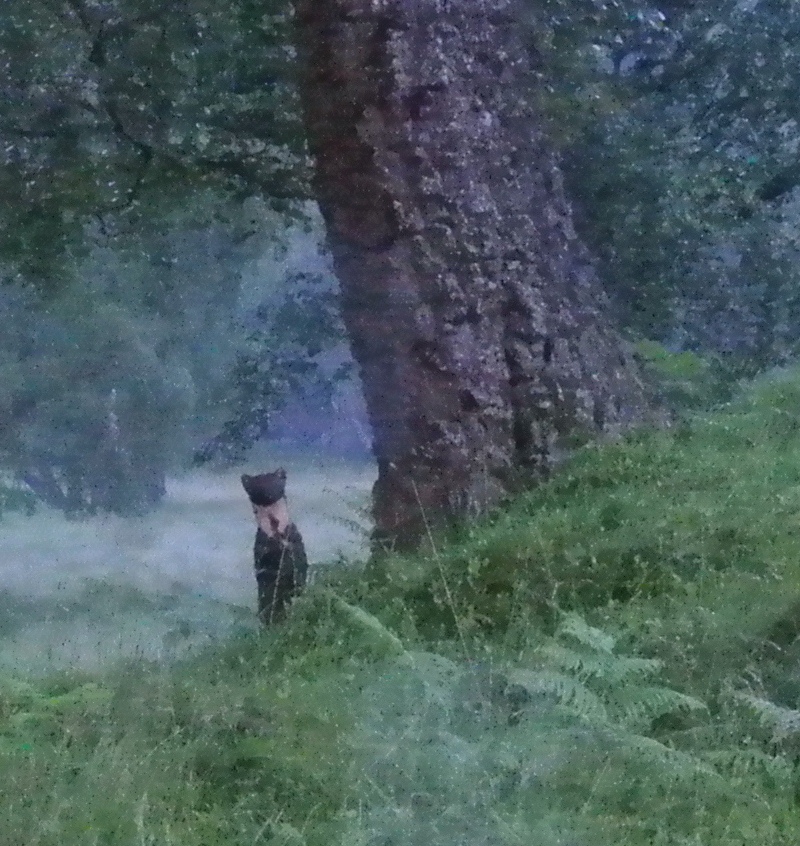 It appeared quite suddenly from beneath the hide. Surprisingly (usually my powers of observation are slight), I was the first to spot it, and even more surprisingly, I squealed the correct species.

It had been beneath our feet the whole time. Now it glided out into the open, peering left and right for danger before advancing on the artfully arranged logs that made up the feeding station at the Aigas Field Centre. I was struck by the aesthetics of this slender creature; from the family Mustelidae (meaning ‘weasel’), the pine marten is related to other mammals such as the stoat, weasel and otter. It is one of the largest mustelids found in the forested areas of Britain (in this case in Scotland) as well as being arguably the most beautiful. The colouration reminded me of an orange cream Quality Street, with a deep cocoa body, and a tangerine-apricot bib dribbled with splodges of molten chocolate. These markings are like a fingerprint for the animal, with no two creatures ever sharing the exact same pattern on their chest.

I watched as the animal feasted on peanuts and jam (no sandwiches), lithely flowing with a fluid motion across the branches with the poise of a gymnast. Both trapping and illegal poisoning have contributed to the decline of this mammal, along with a decrease in it’s favoured woodland habitat; with the exact numbers unknown and more research needed, this was a privileged glimpse at a secretive creature: not only was it still light enough to observe clearly (most encounters with pine martens happen after dark as they are nocturnal), the animal was clearly a bit of a performer. According to the identification charts in the hide, it was a stranger, too; the markings did not match up to any of the diagrams we had been given for the regular visitors to the feeding station.

As the light faded, so did the marten. As all wildlife encounters draw to an inevitable close, you can be left with many emotions. With the pine marten,  it left me with a feeling of contentment, gratitude, and even though it had stayed  upwards of ten minutes, also melancholy, of wanting just one minute more, a few second even to appreciate every little bit of this creature.

Next stop: ‘Beaver, anyone?’