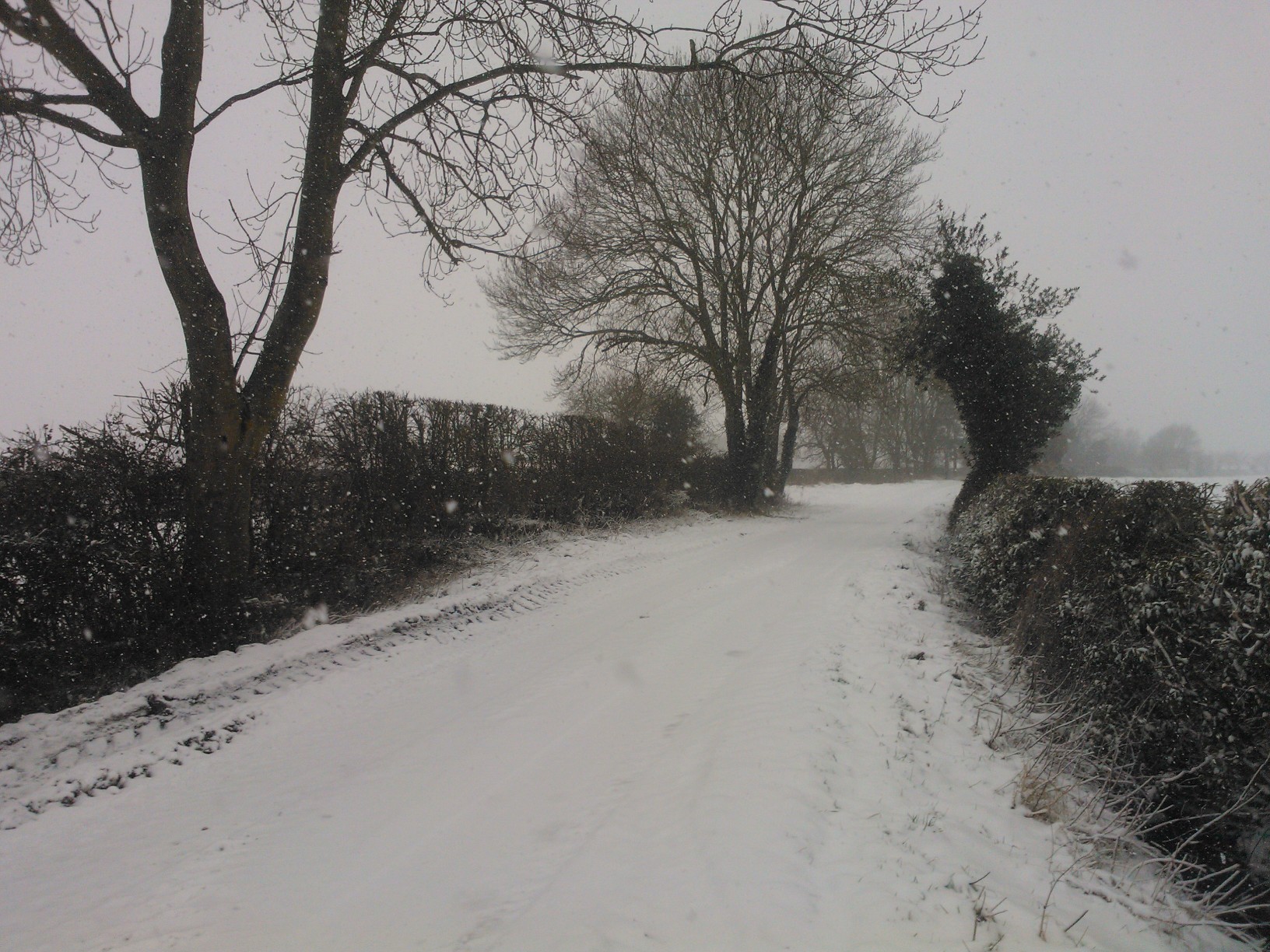 Look outside at your garden. Do you have coniferous hedges, fences, bushes, fading lawns, dreary flowerbeds, trees, patio?

If you do, and you’re living in England, I’d wager that a) it has at some point in the past 48 hours been covered in snow, and b) that looking out your back window could actually be more entertaining than switching on Saturday afternoon telly (plus it’s good for science – check out the RSPB’s Big Garden Birdwatch next weekend!). This is largely because of the hundreds of thousands of birds that have hopped over from the nearest field and set up camp outside your garden shed. They’ve learned over generations that our bird baths, boxes, tables and feeders can be a necessary lifeline through the winter months, as the berries and nuts of autumn gradually disappear.

Last year, I seem to recall that there was a solitary female blackcap when it started to snow, but no luck so far this year – sorry BTO, I am on the lookout though! Instead, I’ve found myself getting rather competitive with the neighbours who live two doors down, and who seem to be getting all the sexy birds in their back garden. The week started well for me, with a beautiful, chunky male bullfinch (who I nicknamed ‘Brian’), and my hopes were high that for once, my garden may actually offer something of a bounty to Leicestershire’s avifauna; I had skewered chunks of apple on various bushes, made my own fat balls, and left little mounds of seed all over the garden.

Things were going well until two days ago, when Brian (traitor!!) defected to the neighbour’s garden, where he was joined by a couple of cousins (another male and a female Bullfinch), not to mention an array of goldfinches, greenfinches, chaffinches, blue tits, great tits, etc., etc. This garden was so bloody attractive to birds that a female sparrowhawk had started doing flybys, so she too could benefit from the the bird buffet! And what did I have to show for it? A rather large bully of a female blackbird that had taken up territory around the makeshift apple tree (and consequently most of the food), a wily robin, and a sweet little dunnock. Well this would not do, no not at all – I had to up my game. 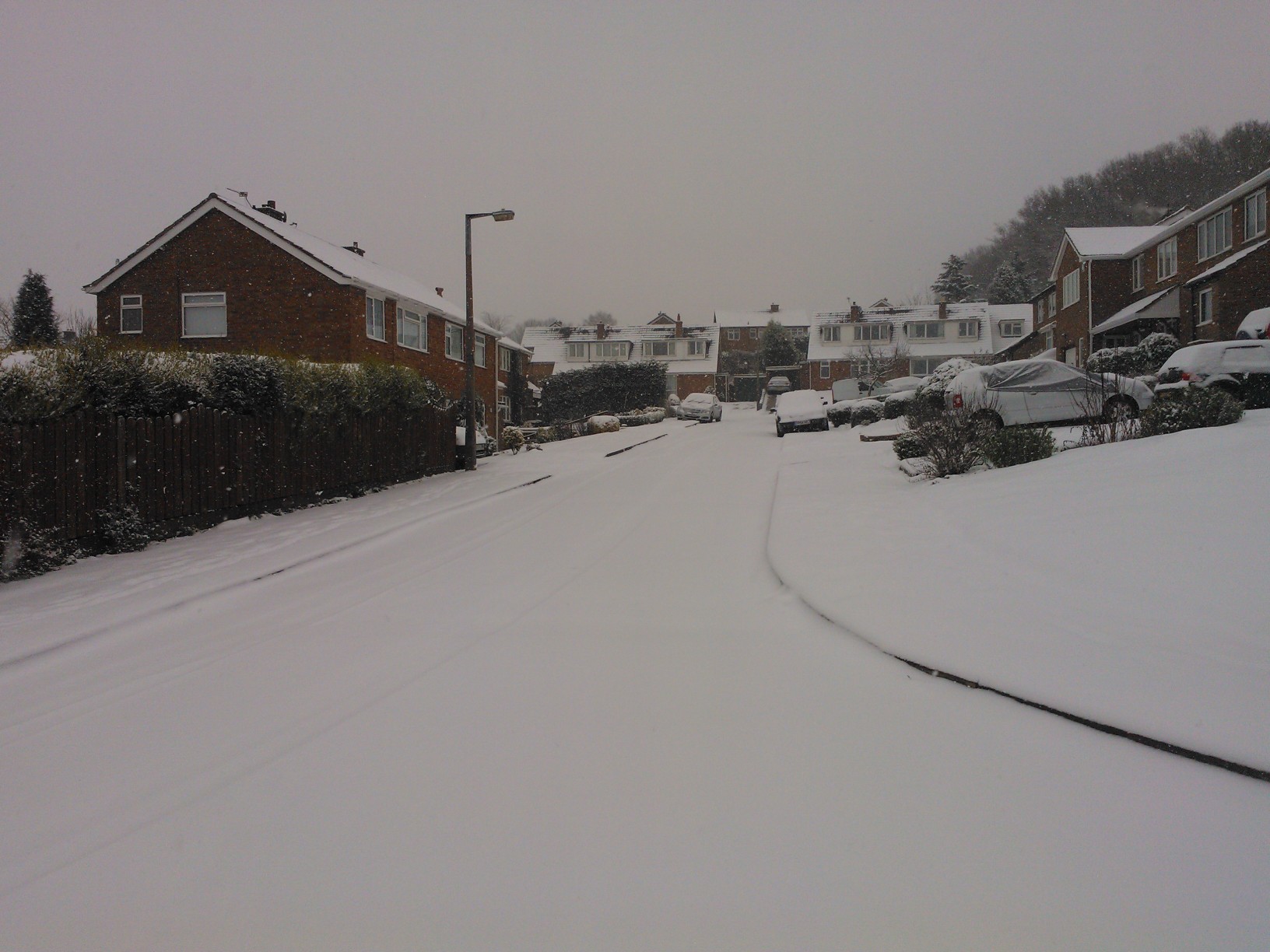 Redmoor Close in the Snow

So today the food has been redistributed and added to and my pitiful attempt at a bird bath replaced by an upturned dustbin lid. I have even taken to perching on top of my desk so that I can peer down into the garden, like a sentry on patrol.

My first kick in the teeth came when I looked over with my bins (there must be a law against this) to see that the neighbours had now got at least five reed buntings. I felt my nostrils flaring – where had reed buntings come from round here?! It’s a housing estate on the Warwickshire border for goodness sake (I’ve just checked, they’re still there!).

However, things were been looking up. My first real score happened when fifteen (fifteen?!) long-tailed tits came dancing through the garden, and didn’t even glance at my rival (suck on that!). They lingered only for a few minutes, but still I was squealing with excitement, as they are easily one of my favourite birds. The makeshift bath was then used by a succession of sneaky blackbirds, not to mention the robin who stopped by to wet his beak, and finally the patient little dunnock. I even spied a coal tit on the feeder – win.

But then, out of the corner of my eye, I caught sight of a bird sulking in the hedgerow and it was only when it hopped out briefly that I breathed, almost inaudibly, ‘Song thrush’… The poor thing got a hard time of it from my bullying blackbird, who quite simply wouldn’t let this rival near the seed. Soon, the song thrush had taken to employing stealth tactics, skirting the hedgerows, then hopping up onto the fence above the seed, swooping in, and fleeing with a hefty chunk of food.

It was then that I realised something. I’ve been watching birds as a hobby for nearly two years now, and of course I have seen many a song thrush (mostly on the Isles of Scilly), but my gosh, one in my own back garden? This was unheard of… Another realisation: neither me, nor my neighbour, have had a single house sparrow at our feeders. Grim. How bad is the state of certain birds in the UK that I get goosebumps when I see them in my own garden? I’ve known it for a while, I’ve seen the statistics (hasn’t everyone?) but talk about a wake up call… 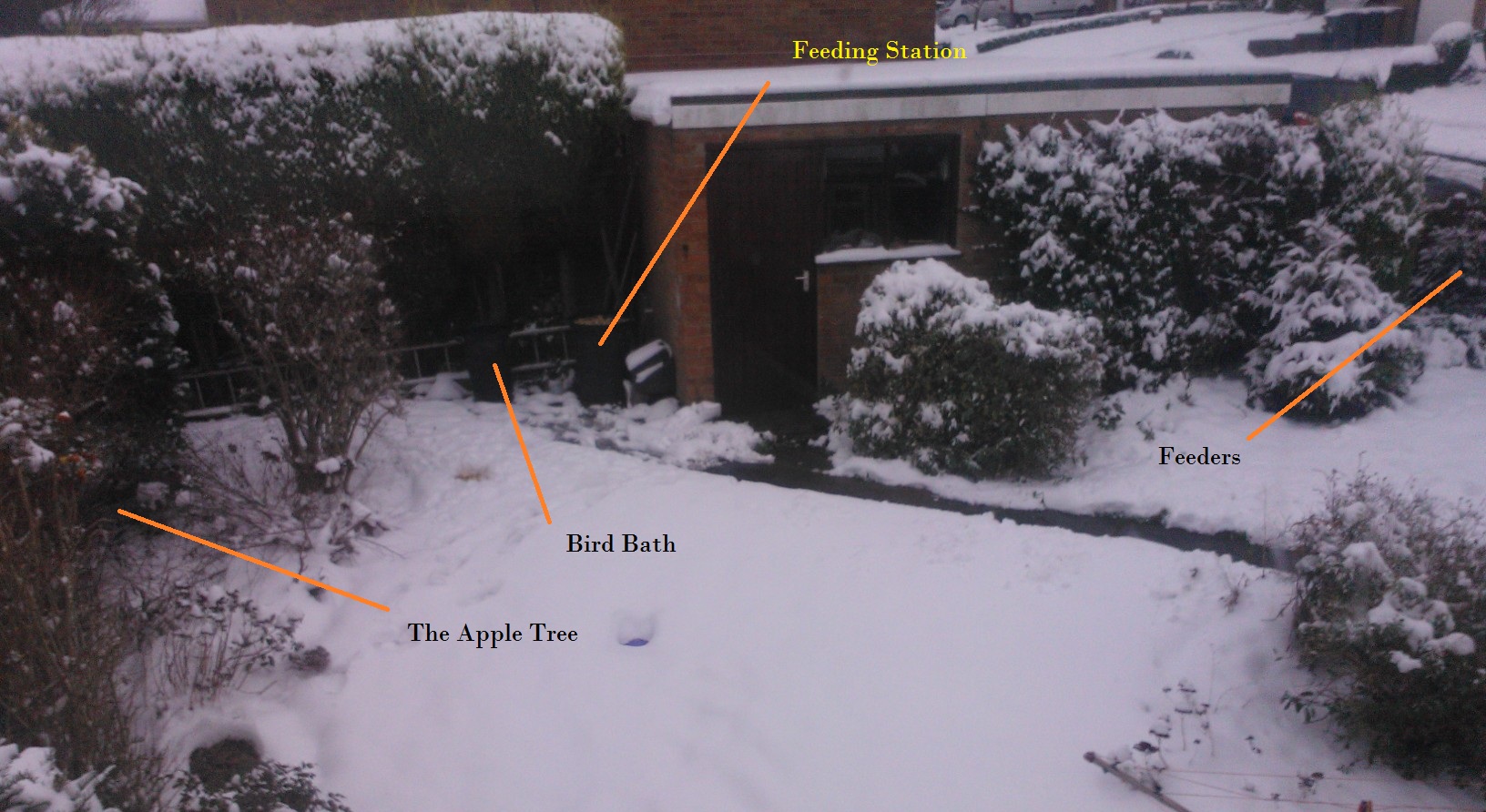 And into the garden…