The sciences are an overwhelmingly broad field. Oftentimes seen as distinctly separate within their fields, many scientists yearn for greater appreciation, greater understanding from an audience that may often seem like they’d rather ignore the numbers or facts being hurled at them. I, too, have yearned for that receptive understanding ever since I was in high school. 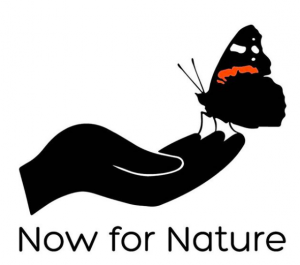 For all purposes, I would not consider myself a physical scientist. Friends can testify that while I have a rock collection, I won’t be found near a symposium on geological processes or on its mathematical partner-in-crime, physics. While my former high school geography teacher, a Scotsman and former Royal Marine, adored geology I largely have him to thank for nurturing the social scientist within me. Culture, geopolitics and environmental politics driving interactions between both humans themselves and their surrounding environment are my building blocks.

Some of my earliest high school work was filled with anxious expectation. The anticipation that, because I had datasets indicating a correlation between mean annual summer temperatures and pH values within the Great Barrier Reef, people might be alarmed and do *something* about it. I was not asking people to lose their minds and start falling over themselves as they scrambled to inform the rest of the world, but merely to pay attention and acknowledge that the numbers, compounded with recent human industrial interventions in the area, indicated something was afoot.

One might assume after having read the past two passages that I was an arrogant young idealist. A teenager who thought we lived under a technocratic society in which access to objective, methodologically sound information and public willingness to receive it were both in abundance.

You would likely be right. My ventures through higher education have left me at the doorstep of the Department for International Development at the University of East Anglia. However, deep down (and on my student card) the imprint of “ENV” – the School for Environment Sciences here in Norwich – will remain. I have a deep-seated respect for my more physically-inclined kin. From the exact determination of soil profiles for agricultural land to casual conversation surrounding intriguing weather patterns, they examine the natural world and understand the various natural mechanisms far better than I could ever hope to.

That respect draws me back to the topic at hand: appreciation.

Valuing what surrounds you and the traits that make you a different kind of academic, warden, accountant or sales assistant to the person next to you. We all can play our part, if we choose to. I would argue, listening to others opinions and taking stakeholders into account is the way of the social scientist. We bridge the gap between evidence-based theory and practical execution. But more importantly, access to the former, while engaging in the latter has never been easier.

Coming full circle, I will use a recent example of a #NowforNature pledge that I took to heart, largely because it is so simple.

“My #NowforNature pledge is to pick up and bin at least one piece of litter off the streets each day!”

Lifestyle changes are habitual and over the course of the past week I’ve read many a pledge that will only be moulded into a habit through persistence. We can all become conservationists over time, self-identifying what we most appreciate about nature.

At A Focus On Nature, we encourage everyone to think in the mindset of #IAmAConservationist. The scale of your endeavour, project or quick daily task you have set yourself does not matter. What matters is that we embrace our little snippet of #NowforNature, sharing our own experience and venturing onwards into 2018 already having started one kind of New Year’s resolution months earlier.

Lastly, a big thank you to all who submitted a pledge, wrote a comment, vlogged or captured their #NowforNature Week on camera and have set in motion a movement that will extend beyond social media. The #NowforNature Week may be over, but the campaign persists and will continue to seek out what you are doing in your day-to-day life with nature in mind.