I joined my first AFON meeting when we went to the wonderful Knepp, located in West Sussex. This is a site that used to be farmland, but field-by-field has been given over to a rewilding project. We were all staying in tents in the summery meadow though didn’t get much sleep as there was too much to do!

After setting up camp we were given an introductory talk by Charlie Burrell, owner of the Knepp estate and driving force of the rewilding project run there. It was incredibly informative and we all went away with a reading list and prepared with a different way to look at the site where we were to spend the next two days. 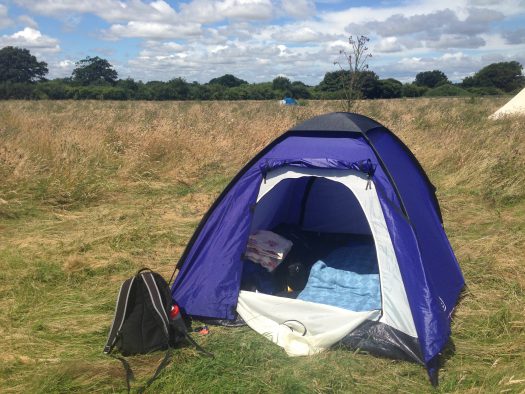 We went on a guided walk around Knepp with Penny Green, the ecologist, where we learned more about the how re-wildling actually happens and the importance of the large herbivores. We combined our walk with an entomology workshop where we found loads of stunning invertebrates, the best among them probably being the vapourer moth caterpillar and the cinnabar moth caterpillars. 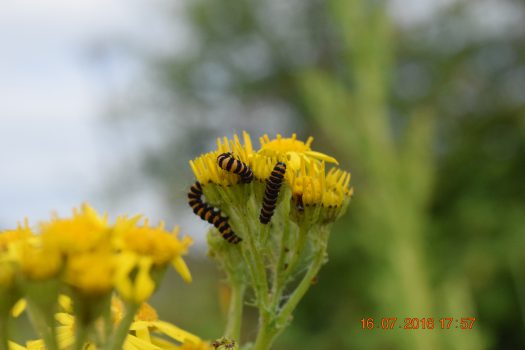 After exploring more of Knepp, we visited the shop on site which provided Knepp free range sausages and some too-tempting organic cider. We had a relaxing bbq by the river, sharing views on the latest on the conservation world and the interesting wildlife we had seen or were going to see over the weekend. Just before it got dark the moth traps were set out, and we were all ready for when it was fully dark to try and get a glimpse of the nesting barn owls on site. After waiting as quietly as possible we were rewarded for our patience by stunning views of one of the parents flying back into the barn. It stopped only to turn and kindly pose for us. When we had watched the same owl fly back out to hunt we left to go and watch and listen for bats over the pond. They were being very vocal and we could pick up their echolocation on our hand held bat detectors. We checked on the moth trap on the way back to camp and were pleasantly surprised as there were already lots to see.

Many of us were then up just after dawn to make our way to the mist nets put up to catch birds for ringing. The session was lead by AFON’s Josie Hewitt and Tony Davies, an experienced ringing trainer. While we were waiting for birds to fly into the net we were incredibly fortunate to get some really good views of a turtledove. This stunning male even started cooing which was a really lovely sound to hear. This was a clear sign of some of the success of the Knepp project. We caught a good range of woodland birds from blue tits and garden warblers to tree creepers. 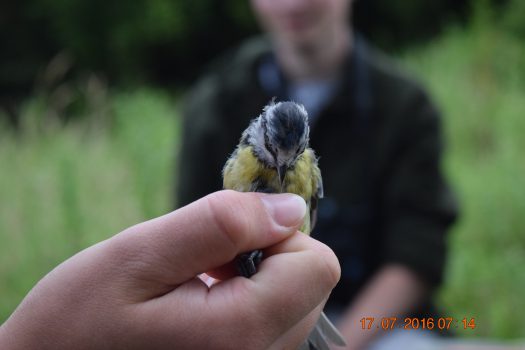 After grabbing some breakfast we met up with the later risers and started on a purple emperor walk. Our guide knew a lot about these stunning insects and had no difficulty in showing us plenty of individuals, which showed a range of different behaviours, from scouting a territory of sallow to displaying on an oak leaf. 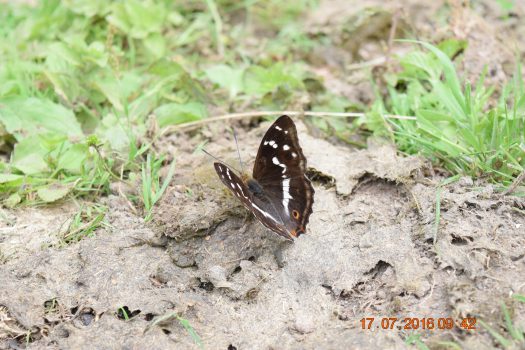 The biodiversity of Knepp really showed on this walk as we also saw a beautiful demoiselle, a noon fly and some broad-bodied chasers among other invertebrates making the most of the sunny weather. 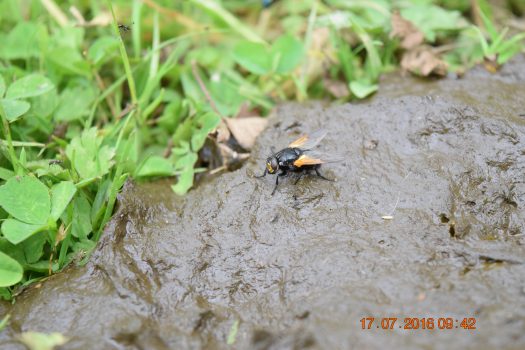 We then returned to base to focus on a different group of Lepidoptera, the moths. The traps had drawn in a wide range of species and we all enjoyed attempting to identify them before sending them on their way. One of the most stunning species that we were lucky to see was the elephant hawk moths, which are a particularly striking species. 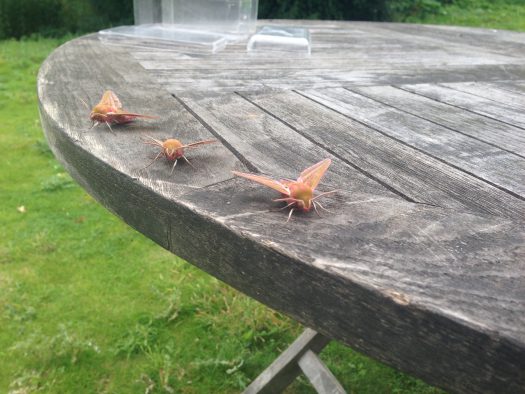 This was the end of our time at Knepp, we all discussed our favourite parts of the weekend and expressed our thanks to Penny Green, Tony Davies and Simon Phelps for organising the event. I can’t recommend Knepp enough and can’t wait to go back there myself. I am also really looking forward to going to another AFON meeting as it was a wonderful experience spending the time to learn about UK wildlife with like minded, enthusiastic individuals. A brilliant weekend!