All we often hear about in conservation is one bad news story after another as more habitats are destroyed and more species go extinct. Today, however, I am going to do something different and talk about a real conservation success.

This winter, I was fortunate enough to visit the Subantarctic Islands after I was awarded an Enderby Trust Scholarship for 18 – 30 year olds that gave me seventy percent off the cost of a Heritage Expeditions voyage. As my trip left from the south of New Zealand and work agreed to four weeks holiday, I decided to spend the week before exploring this beautiful country.

New Zealand’s conservation record is pretty appalling. When Maori and later British settlers came, they introduced pests such as rats, stoats, rabbits and possums. These predators and habitat destruction decimated New Zealand’s unique and remarkable native fauna. Many bird species have gone extinct including the Laughing Owl, Moa and Piopio. Many other flagship species like Kakapo and Black Stilt are on the brink despite desperate attempts to save them.

However, New Zealand’s conservationists are fighting back and taking many species away from the brink by introducing native birds to predator free sanctuaries. One of the most successful of these is the spectacular island of Tiritiri Matangi in the Hauraki Gulf off New Zealand’s main city of Auckland.

I spent my first two days in New Zealand on this wonderful island. I had to undergo strict biosecurity checks to ensure that I did not introduce anything that might damage the fragile eco-system.

Tiritiri Matangi was once cattle farms but in the 1980s the decision was taken to turn it back in to a wildlife sanctuary. Predators were cleared, over 250,000 trees were planted and endangered native birds were introduced.

Amongst them are the noisy Stitchbird, North Island Saddleback, Brown Teal and the stunning North Island Kokako, the close relative of the probably now extinct South Island Kokako. I was fortunate to see all these endangered species now thriving on the island and there is now talk of translocating some of the Tiritiri-born birds to other island sanctuaries. Tuatara, a strange lizard-like reptile, has also found sanctuary on the island. 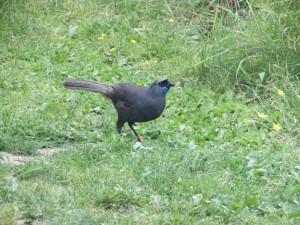 Two of the most special birds introduced on to the island are the Takahe and Little Spotted Kiwi. Unable to fly, they were both one thought to be extinct before remarkable rediscoveries. These species are now breeding successfully and coming back from the brink. I managed to find both of them although the Kiwi did take an exhaustive 4 hour search at night! 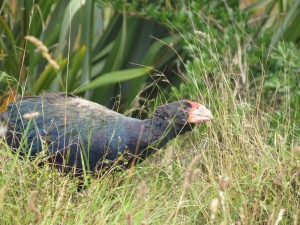 The regeneration and predator clearance of Tiritiri Matangi has also encouraged other birds to repopulate it themselves such as the Tui, New Zealand Pigeon, Little Blue Penguin and Red-crowned Parakeet. For the first time ever, a pair of the rare New Zealand Dotterels are nesting on one of the beaches.

The remarkable story of Tiritiri does give hope that heavily controlled conservation can work and can save species. It was a spectacular place to spend two days and a great start to what turned out to be a superb trip. 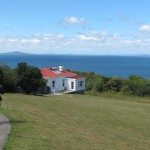 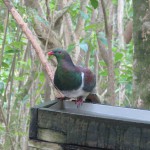 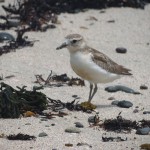 Oliver Simms is a Classics graduate from Durham University and now works as an auditor at the National Audit Office. When he is not staring at spreadsheets at work, he enjoys NGB trips to Spurn, hill walking and birding in the tropics. You can follow him on Twitter at: @OSimmsBirding