Pete is an amateur naturalist and wildlife photographer, and as of September 2013, a Zoology undergraduate at the University of Exeter Cornwall Campus. He also has a particular love for nature writing and the way it straddles both the biological and cultural aspects of nature, and currently writes blog articles on wildlife-related issues for the Independent.

Deep in the oak woods, bathed in an ecstasy of morning birdsong and the floral mosaic of bluebells, campions and stitchworts, a family of wild boar saunter through the scrub. The mud-muffled grunts of the adults as they plough the woodland floor mingles with the excited squeals of the russety piglets playing among their parents trotters – but the scent of wolf from the night before causes the lead sow to raise her head in alert, and with a few short snorts leads her young to safer ground down at the valley floor.

Here, the woods gradually breaks open, and between the forest edge and the river itself lies lush, damp meadows of reeds and rushes. Among the cackling of the newly arrived sedge warblers, a bull moose saunters placidly through the ditches towards the young aspen stands that surround a dam crafted by the local beaver pair. Courting cranes trumpet and bounce into the air on the dam’s edges, while overhead a white-tailed eagle circles intently, pinpointing the next gleam of fish scales that will give away it’s next meal.

All this is just another day for Britain’s wildlife. Two thousand years ago in the past, that is.

Or is it two hundred in the future?

This is where we come to one of conservation’s most fashionable talking points of late, ‘rewilding’. The word itself is tricky to define precisely, but at a factory floor level it means restoring natural communities and letting them flourish with little to no management from man. The scale of rewilding can be as ‘small’ as allowing more diverse wild flora to grow on farmland, but for the sake of discussion this article will focus on what most associate the idea of rewilding with – bringing back the large animals we wiped out from British ecosystems. 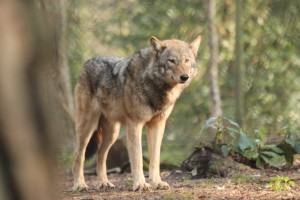 Though it may not seem apparent at first, many of the issues within our natural environment can be traced back to the loss of megafauna. Our woodlands are highly degraded in species diversity, overgrazed by deer in a wolf and lynx free environment. They lack the varied vegetation structure and nutrient cycling enriched by the feeding activities of boar and aurochsen (Ever wondered why some entire woodland floors are covered in nothing but bracken? Boar are the only animal that can eat it). Wetland habitats these days are valued as if they were gold-dust, yet they were once common across the landscape thanks to the activities of beavers.

Rewilding is to many one of the more ‘magical’ conservation concepts in the UK, where our efforts are currently not working very well if State of Nature is anything to go by. Fuelled by the publication of Feral, George Monbiot’s passionate manifesto for the subject, and the recent rewilding successes in Europe, loosening our control on nature is having somewhat of a renaissance. We’re becoming ever more desperate for new solutions to restore the environment in a world hostile towards nature.

The great thing about rewilding is it achieves so many of the things conservationists dream about. As well as putting key natural processes back in place as I mentioned earlier, bringing back healthy communities all the way from bugs to bears, it can help us in so many ways too. Those strange people only willing to conserve wildlife if we gain out of it some way will be pleased to hear of the free services healthy forest and wetland ecosystems provide in storing carbon, holding back floods, increasing soil fertility and purifying air & water. 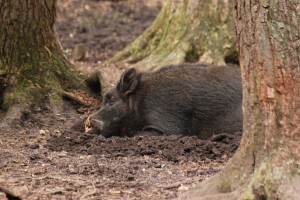 Buy many of the concepts within rewilding are daunting – while it would be unrealistic to have wolves roaming the agriculturally rich home counties, suggesting afforestation and reintroduction of these predators into unproductive uplands to landowners and politicians today is most likely to receive the same response as asking them if they could boil their rolls royce into scrap metal. Conservation NGOs are afraid to steer away from dated methods they still cling to, fearing the challenges such ideas bring with them.

But conservation cannot change without challenge – and when it comes to rewilding, I feel the next generation of nature conservationists will be its champions.

Today’s young people, isolated from nature in our cities and drawn to the latest smartphones, need new incentive to get in touch with wildlife in our ecologically tame nation. Yet we’re all drawn to truly wild nature sub-consciously. Why do people with otherwise no interest whatsoever in the natural world pay so much to see it on a safari? The prospect of creating dynamic, self-willed areas of wildland could be the new incentive to make nature ‘cool’ again for much of our youth. And they, along with those already itching to jump into the conservation movement such as those in A Focus on Nature itself, could make it happen.

Learned on the successes and failures of conservation in the last half-century, yet brave enough to throw out the rule book. It’s on principles like these that projects as ‘crazy’ as turning ecologically wrecked moors back into woodland and reintroducing the keystone species absent from our ecosystems requires. If none of the NGOs want to take the first step now, then just wait till the critics of such conservation laziness step up to the podium. 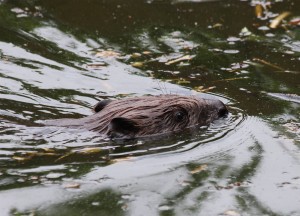 We know how it could work from what has happened in Europe. We know where it could work, in the wild upland regions of Scotland, Northern England and Wales (and, from a wetland restoration perspective, the fenlands of East Anglia and Somerset). The question is doing it. It would create huge enthusiasm and equally huge outcry, largely from those who hold the final straw over what happens. But when does a good conservationist ever give in?