Over the past few weeks, people’s awe and admiration of the ocean has grown considerably as 13 million people tuned into David Attenborough’s Blue Planet II. Fortunately, for me, I have had this admiration and love for the ocean for decades. This love has led me to have witnessed and seen many of the creatures and processes portrayed on the programme in real life. 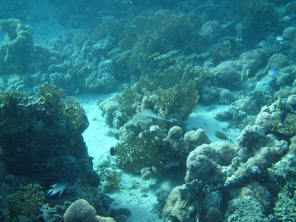 As a diver and marine biologist, I have met moray eels, swam under shoals of barracuda, snorkelled over pristine coral reefs, watched cetaceans frolic on the horizon from a boat’s haul, had sting-rays swim at my feet whilst standing in mangroves and been inches away from the deadly cone shell. However, these awe-inspiring encounters have been plagued through witnessing the problems our oceans and their inhabitants are facing.

With 40% of the human population living within 62 miles of the coastline and millions travelling to seaside destinations for holidays, many of these problems are significantly proliferate across the globe. Due to the facts and figures, many people have deemed the ocean’s plastic problem, temperature increase and variation in pH as irreversible, calling for funds and efforts to be placed elsewhere. Fortunately, however, there are many highly innovative and passionate people working constantly towards ridding our oceans of plastic and mitigating the effects of climate change. There are many ways in which we can help the ocean’s plight within our daily lives, many of which require little effort and are hardly noticeable once implemented.

Seeing first-hand the detrimental effects our actions have on the ocean promotes me to strive further in altering my behaviour in aid of the ocean, through gathering rubbish along the beach, whilst walking the dog; reducing my effect on the environment by cutting out meat products produced agriculturally; reducing products consumed containing soya or rapeseed oil; using lifetime bottles, straws and razors; recycling my clothes and buying many from charity shops or from marine conservation charities, and making the change to a menstrual cup. 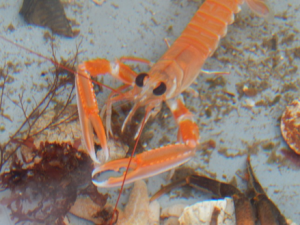 On top of these everyday conservation efforts I have been lucky enough to partake in fisheries surveys with the Scottish Government, spending weeks at sea on-board research vessels. It is the research from these trips that promotes conservation of our fisheries stocks and therefore species survival. These trips also provide information on which species are being most sustainably fished, where there are drops or rises in population recruitment (meaning more or less individuals in subsequent years), and providing samples for Scottish research, on a variety of topics from population dynamics to evolution. It is the information collected and, the research stemming from these trips that leads to changes in policy and legalisation regarding fishing practices, increases our understanding of conservation priorities, leads to the creation of MPAs, and allows species’ movements to be determined, whether due to migration or impending global warming.

Daily, whether in lectures, watching documentaries, or out in the field, I need to fight the instinct that my efforts in this expansive problem are futile, and remind myself, when people tell me that one person cannot make a difference, that I am not the only one fighting for this cause. Ocean awareness has expanded significantly in 2017: 1/3rd of the UK’s vegetarians are now adopting a vegan diet rising to 600,000 vegans within the UK, Wetherspoons has now adopted a no-plastic straw policy over their 900 bars and restaurants, Tesco has stopped using single-use plastic bags, France has banned plastic plates, cups and cutlery, many women are now using menstrual cups and 194 states + in the European Union signed an agreement to reduce their carbon emissions. Together, these movements and the steps taken by eco-concerned people will make a difference, as long as we continue to be passionate.

If you’d like to read further on the subject of plastic pollution, and how it affects our oceans, check out these articles by Rosslyn: