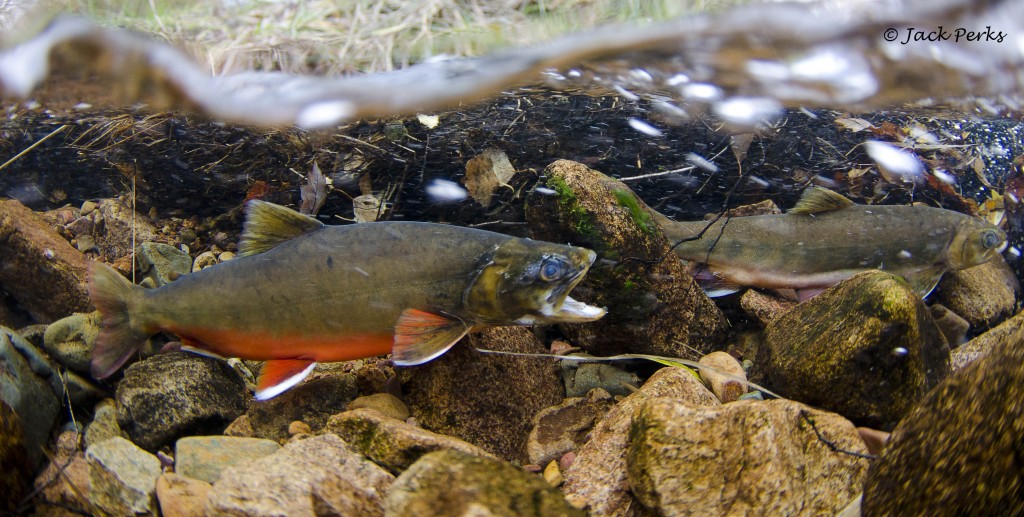 Arriving at the Lake District in Cumbria, I had my sights set on one of Britain’s rarest freshwater fish: the Arctic Charr, a member of the salmon family which is something of an Ice Age relic. They can be found in a handful of glacial lakes in Britain and, as a result of the last Ice Age, were left behind in them when the ice melted. 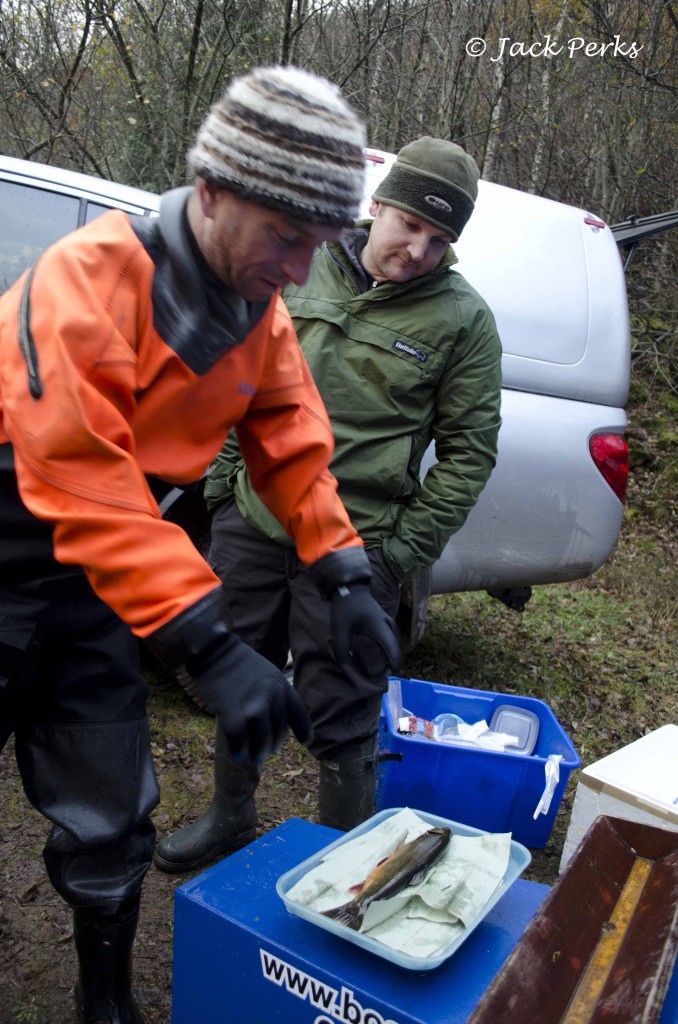 The Environment Agency have been monitoring the numbers of the Charr which did show a decline so with this in mind the EA set out to change this with other groups such as Wild Ennerdale and their steady rise over the years. 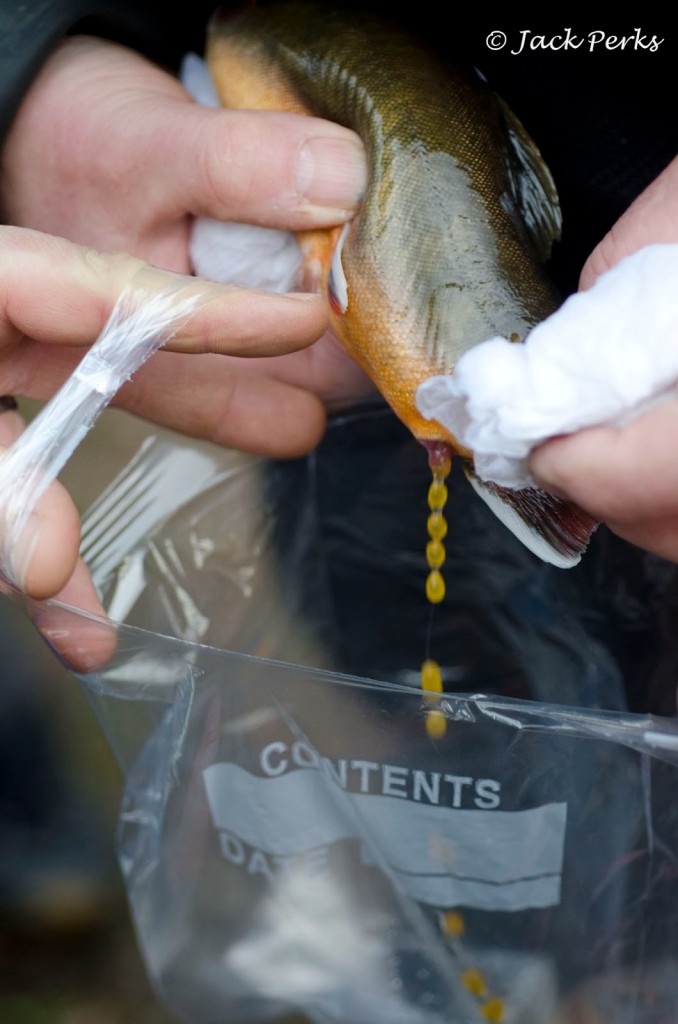 Gently moving their thumb down the female the eggs come out into a bag ready to be sent to a hatchery.
© Jack Perks 2013

The Charr generally spawn at night which isn’t ideal for filming and photographing them but to collect eggs and milt the EA put nets out to catch and then release them in the day, giving me my chance to get more natural shots. 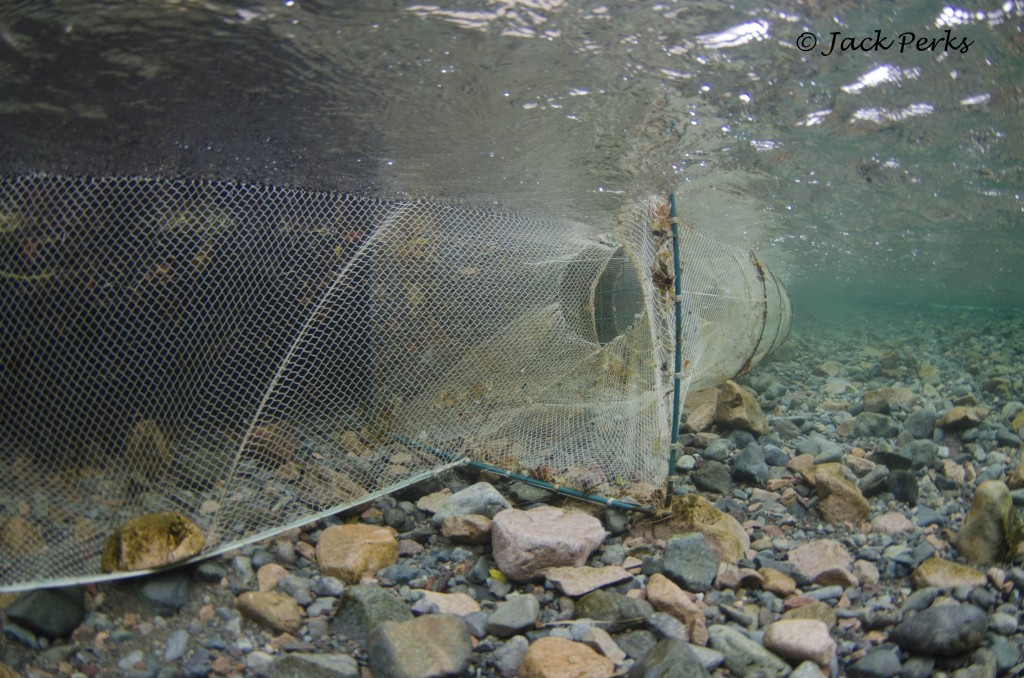 The water comes straight from a mountain stream so is incredibly clear. The net is harmless to the fish and has an otter guard to prevent the fish getting eaten.
During the day the charr hide in the under cuts of the bank waiting for night to fall.
© Jack Perks 2013

Even though the fish were in front of me, they don’t stick around for long and it was far from easy work as the water is freezing to say the least! The males have a striking red belly which is more noticable in the breeding season. 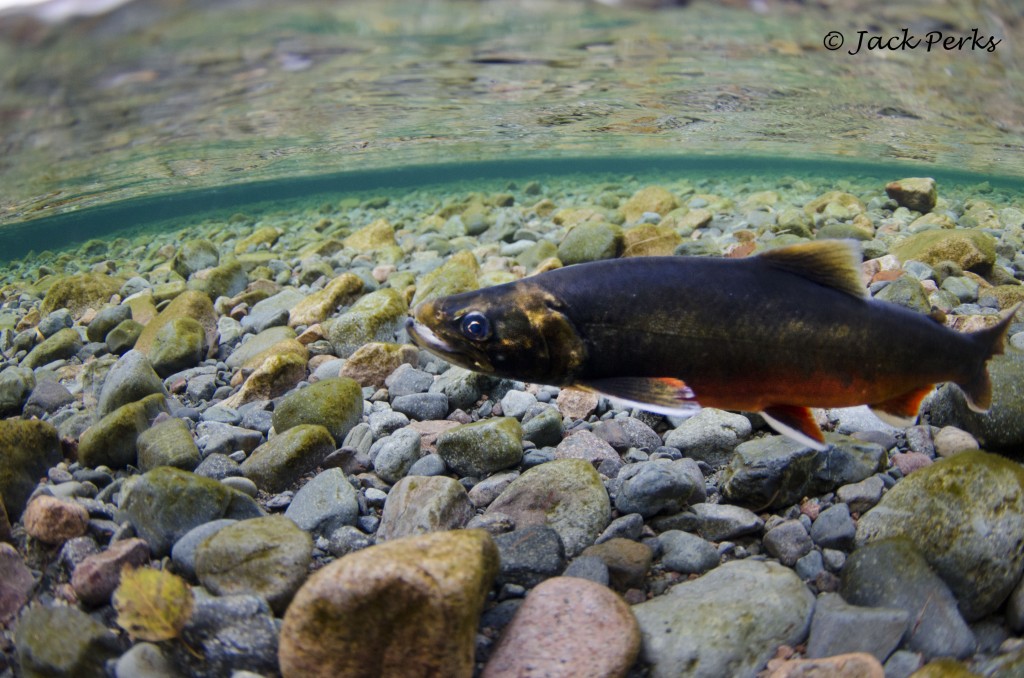 The Arctic Charr pair of and get ready to spawn, a truly magnificent specimen of a rare species.
© Jack Perks 2013

Freshwater fish are generally underrated in the media and it’s something that I’m keen to change! We have 54 species of freshwater fish resident in the UK and next year I’m on a mission to film as many as possible. It is mainly a case of ‘out of sight, out of mind’ as there is certainly enough interest with angling being Britain’s most popular pastime.

Read more about the project here, and if you really like it, please donate: http://www.kickstarter.com/projects/2078840041/freshwater-fish-film-uk

Jack’s passion for wildlife has resulted in gaining his degree, BA(Hons) Marine & Natural History Photography, in Falmouth, Cornwall. His main interests are freshwater habitats such as rivers, wetlands and ponds and documenting the natural world both above and below the water. His work has appeared in numerous magazines, exhibitions and books as well as dabbling in film, where he has featured on Springwatch, Inside Out and The Great British Year.