The Cornish Seal Sanctuary is in Gweek, Cornwall. The sanctuary was first started in St Agnes in Cornwall in 1958 when there was a seal pup which was less than a day old found on a beach. With no sign of any adult looking after it or any other pups around, Ken Jones took it in and built a small pond for it to swim in until it was ready for release. The problem was that when the word got out that Ken was doing an excellent job at releasing injured seals he would get loads of calls for him to go and rescue the seals which meant that the pool wasn’t big enough! In 1975, he bought the land that the Seal Sanctuary is now on, to make a permanent rescue centre.

The Sanctuary has many different areas to it, in order to help individual seals. The first thing they do is to go out and collect the seal and then transport it into the isolation ward, while they wait for a vet to come and assess the seal to see what treatment is needed. Once the seal picks up slightly, and is not needing round-the-clock help, and only needs medication twice a day maximum, then they will move it into the hospital pens. These they can easily fill up with water, or keep it dry if the seal cannot swim due to its injury. 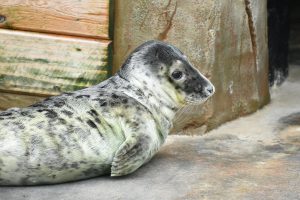 Once the seal has completed its treatment, the vet will come and check to see if it has worked and then move it into the nursery pools. The nursery pools are where they start to learn how to catch fish, and how to swim or interact with the other seals, so they will put seals together in twos and threes so they can make friends. 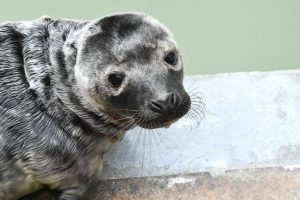 After they have got the basic idea on how to behave, they move them into the bigger pool next to the nursery pens which has older seals that are too ill to be released back into the wild; there is a blind seal, one with brain issues and some that must be on medication the rest of their lives. This stage will help teach the baby seals how to and how not to approach other seals. Again, they will learn seal play too. The Sanctuary will then assess how the seal is coping to ascertain whether it will be able to survive into the wild or not. If it can be released (which is what they want to do) they will start the process of release and find a suitable area to release it. They normally release more than one seal at a time, so they know another seal to begin with. If it isn’t well enough to be released they will get the vet to check them to see what is the best way forward.

The Sanctuary doesn’t just have seals though! They have two types of sea lions which have been rescued or donated from zoos. They also have groups of penguins, otters and farm animals which all help them in getting money into the sanctuary to help other animals. They are open to the public to view the animals, and the public can go into the hospital unit, but if it gets too noisy or if the seals show signs of stress this can close at short notice as the Sanctuary are looking after the animals’ best interests, and are wanting the seals to go back to the wild where they belong. 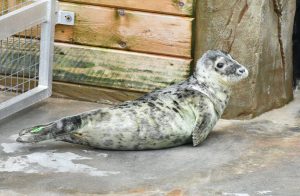 The number of seal pups that get brought in is around 50+ each year, which is quite a number! The good news is that last year they managed to release 51 of the seal pups that were brought in. I have also seen their work first-hand when we saw a young seal which was under 2 weeks old struggling to swim and was beached. They closely monitored it before deciding to catch it, and take it to get rehabilitated, in order to release it back into the wild.

Katie has been studying Animal Management for the last two years and hopes to do a foundation degree in it next year! She loves photography, especially photographing wildlife. She also enjoys horse riding but her main hobby is birdwatching. Follow her on Twitter @avonbirder and check out her website http://Katiehorrocks.wixsite.com/katiehorrocksphotos.