What makes the Goshawk so special?

It is a bird that is embedded in British History through falconry. For hundreds of years the Goshawk has been used by falconers due to its unique hunting style, chasing prey on foot into the deepest vegetation, and ability to hunt in tight spaces found in ancient woodland. However with the decline of falconry for food the Goshawk fell out of favour and by the 19th century was extinct in Britain and Ireland due to persecution. They returned though and now have reached 400 breeding pairs in Britain, many in the Kielder Forest in Northumberland. 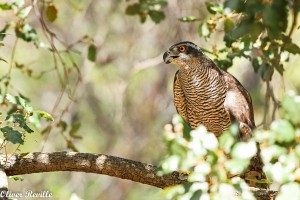 The love of birds is a lot to do with aesthetics and Goshawk are a truly striking species. In flight their long, broad wings and obvious “hips” make them stand out from Sparrowhawk at a distance and up close the size of the large females, sometimes twice the weight of the males, is apparent. But it is perched that their beauty really shows. 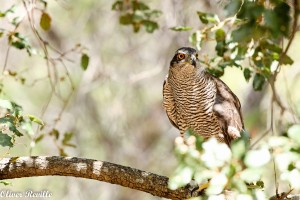 The orange eye of the adults is piercing with its ferocity, a real case of if looks could kill. Contrast this with the jet black crown and cheeks and you have one of the most expressive birds of prey in the British Isles. Moving to the heavily barred chest, contrasting in black and white, also soaks the underwing with the same patterning giving the orange eyes even more of an effect. The long yellow legs only help to add to just how striking Goshawk are at close range.

So a combination of history, adaptation to habitat and beauty make the Goshawk one of Britain’s most iconic birds of prey. The Peregrine may create more drama and the White-Tailed Eagle may have the “woah” factor but neither can come close to the privilege of seeing a Goshawk in its natural habitat. 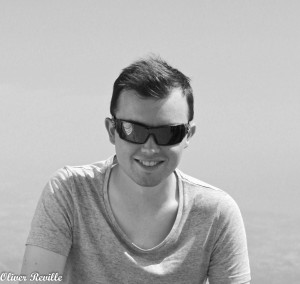 Oliver is a 24 year old birder and photographer from North Norfolk. His wildlife passions are the wildlife of Spain and in particular its birds of prey. His other wildlife interests are Sylvia warblers, Wheatears, Reptiles and British orchids. His photographic inspiration is Markus Varesvuo and his book Birds: Magic moments, which first triggered his interest in photography.