Since coming to the UK I’ve noticed a couple of things: firstly, that it is always cold here. Secondly, that, despite an overarching concern about the protection of the environment in general, it is taken care of better than many give credit for. I haven’t been around very much, but protected nature reserves, and various laws that protect the environment (admittedly pushed strongly by the EU and in danger following ‘Brexit’) are in place to ensure that anyone who appreciates nature and its importance (which should surely be all of us by now) can continue to do so, and take pride in the fact that the country they live in has taken steps to protect the environment – even if more can be done. 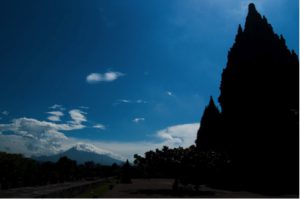 The importance of mythology, fairy tales and religion shouldn’t be underestimated. Even the stories carved into the sides of monuments such as the Shiva temple that overlooks Mt. Merapi in Yogyakarta, Indonesia tell stories about the importance of the environment.

In all the countries I have lived in, a tropical environment surrounds me, and despite their status as developing countries they have all taken some steps towards protecting their environment. As developing countries they have a long way to go in environmental protection. Take Indonesia for example, where even as the beaches and tropical rainforests are valued for their income and heritage, an influx of tourism, less than harsh laws regarding pollution, as well as the undeterred spread of palm oil plantations are causing unimaginable harm to the environment that is so valued. While in developed countries, like the UK, the education system alongside the media and government, provide vital information about the importance of nature and animals, there is another key point of learning that is often overlooked. One that is not only present and prevalent in many of these ‘developing’ countries, but also vital in the improvement of the treatment of the environment and animals.

As an Indian, and a Hindu, we are taught about the importance of animals not only to our nation, but also to our religion. This mythos is used to teach even the youngest of children morals that shape their person, and has profound effects on their outlook towards nature. Stories such as the Ramayana which teach the importance of a person’s character also teach the importance of animals, and the environment. This is something that is definitely present even in western mythos, from fairy tales and into the bible itself. This mythos is important in the protection of the environment, as it often coincides with the beliefs of any person who has read or heard these stories. While modern media such as film, television and novels (both fiction and non-fiction) are drivers in this process, disregarding the stories from the past that have carried on till now, stories that carry an environmental message, shouldn’t be discarded as things of fancy.

As the world develops, and we modernize our cultures, the mythos that was spread in the past to protect the environment can be used for that same purpose now. What better way to help a man like Donald Trump, who doesn’t acknowledge science, understand the importance of the environment, than a story that appeals to the morals of the religion he follows – or even a fairy tale that is meant to educate children (let this say what it will about his own mental capacity). While it is almost certain that as science progresses, and we get evidence that further supports the damage that we do to the environment (if we needed anymore), we should pay more attention to this. We should not forget what helped us in the past.

Varun Tumuluru is studying for a BA English and Geography at the University of Exeter, Cornwall Campus. Follow his blog here https://ichidanmeblog.com.