2016 – where did that come from, I remember when that year sounded like the distant future, etc etc. Another year has come as swiftly as the last one, and with it another exciting vortex of possibility. It’s the year I turn 22, and come the 9th February I’m sure much of a certain Taylor Swift song will be sung in excess. But another year older means another year further out of education, and one step closer to ‘the real world’.

It’ll be the year I finish my undergrad in zoology, for a start. I don’t plan to be leaving university quite yet (I hope to do an MSc in Biodiversity & Conservation at the same institution), but it’s still a slightly terrifying prospect, and if someone else tells me those three years are the best of your life again, I’ll be jumping headfirst into the nearest badger sett. But that’s time for you. And provided I don’t screw things up, come July I’ll be standing outside Truro Cathedral dressed like a Hogwarts professor, clutching a piece of paper likely to dictate a lot of my career paths in the future. So I guess that’s one decent official goal – to actually get a good degree!

Outside of academia however? Well, I look forward to presenting further episodes of our student-lead, wildlife webseries Naturewatch. I’ve had huge fun on this in 2015 with the best possible team you could have, and it’s also given me one or two ideas for other films since getting back into nature presenting – whether I get off my arse this year and do something about them in 2016, watch this space! For A Focus on Nature, I’ve been in discussion with organisations working to conserve mammals and herptiles on collaborative projects for the year for you all to be a part of, so keep an eye on that. And for me, the most exciting and stressful project to be working on will be a six-week expedition I’ll be leading to Vietnam. Provided we secure all the necessary funding, in July we’ll be headed to Cuc Phong National Park, surveying for elusive carnivores and pangolins and providing critically needed data in the process.

But what of the more personal aims? I feel there are two in particular that come straight to mind. Since getting the first few chapters done in the latter half of 2015, I hope to really plough forward with writing my book. Maybe even, if the planets align completely, finishing it completely. A look-back at a very important time in my life between Septembers 2012 and ’13, it’s currently shaping out as My Family & Other Animals meets The Inbetweeners. As predicted, university life has made keeping up with writing discipline difficult. But the encouragement of the family members who’ve read it, along with regular bouts of inspiration, will I hope keep me on track.

So what could be 2016 priority number 1? Well, it’s something I should hope to achieve by the end of the year, but that will be number 1 again the next year and the next ad nauseum: To be a better naturalist. The fact this is the case is one of the reasons this is such a wonderful hobby. 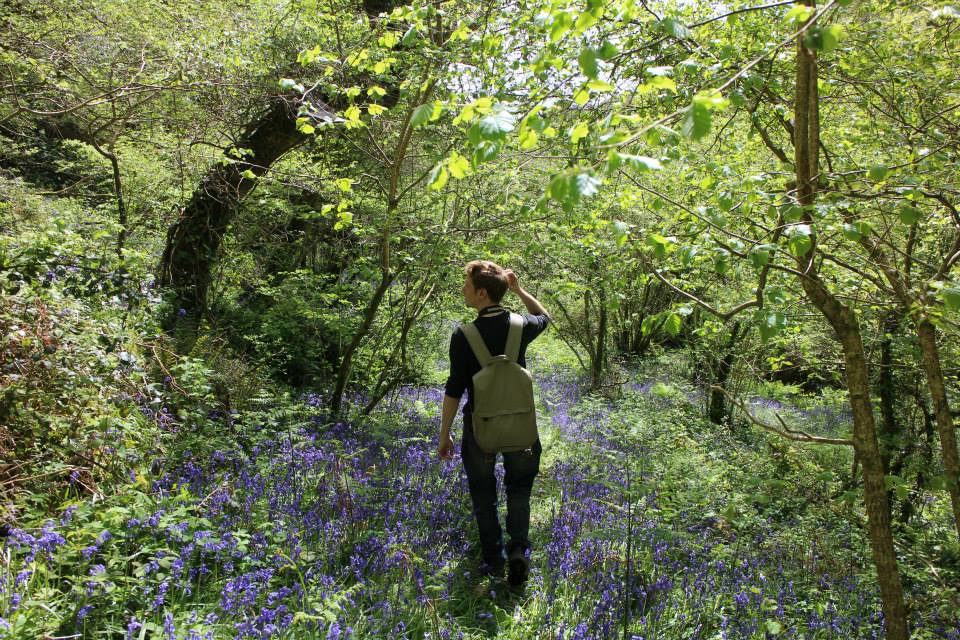 You are always learning, and you never know enough. Life may throw ‘real’ challenges in my way, and as the role of nature builds in life, from purely passion, to be joined by education, to (hopefully) a career working for its preservation, one should never forget their roots. Every year, be a child learning about wildlife in their back garden again. So once more, I will feel more the mentee than the mentor. I will build that moth trap, vist that new little wood or nature reserve, work towards C-permit training and try and delve deeper into the world of Orthoptera, to name but a few.

My chief goal for 2016? To find more worlds in grains of sand, and heaven in wildflowers.

Pete Cooper is a zoology student at the University of Exeter Penryn Campus, nature writer and committee member of A Focus on Nature. A self-described amateur naturalist with a particular interest in mammal ecology, you can keep up with his ranting, occasionally prosaic writing and presenting work on his blog at www.petecooperwildlife.wordpress.com