One of the most talked about topics in conservation today is the lack of really good field skills. It is something I’ve noticed, and really frustrates me! There are so many bright, talented young people in conservation, but it often seems like you’re more likely to find us at a conference than in a meadow, woodland or estuary.

Institutionally, conservation organisations seem to put field skills low down on their list of priorities, with obvious negative impacts. It’s a problem that has become very noticeable in Natural England, where my Dad and Uncle work, both amazing naturalists and my two main role models. Now, I don’t claim for a second to be more knowledgeable than everyone reading this, but I can safely say that being good in the field is my biggest passion, and I try very hard to improve myself. So, feeling rather unqualified, here’s my tuppennies worth on how we solve this issue.

Part of the problem seems to me that conservation is still basically a rat race for employment, with field skills not a particularly high priority on many CV’s. Even if they are, it’s often through a bit of paper like a handling license for a species or passing an ID course, which doesn’t tell you much about that person’s general competence as a naturalist. Thus, the pattern I have noticed is a tendency to, subconsciously, put more effort into what’s hard-wired into us as good “career moves”. Stuff like networking, blog-writing, visiting loads of conferences and courses, writing articles, making sure your twitter feed is always active. In the cut-throat employment environment of modern conservation, networking seems to be the number one goal. Personally, I’m rather bewildered by it all. For one thing, I’ve never understood how these things really help you much, and for another, it’s just so boring! Which brings me back, kind of, to my point. If you want to become a great naturalist, my best advice is to stop worrying about your career for a second, and just go out and have fun! 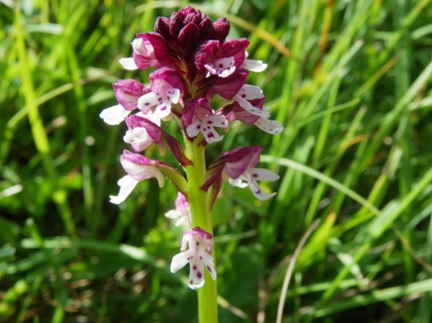 Burnt-tip Orchid, one of many rare species I’ve seen less than a mile from my own house. What fantastic wildlife could be lurking in your own backyard?

Personally, I decided a while ago that I wouldn’t fret about trying to get a career in conservation. Realistically, most people don’t end up following their dreams, or at least only do them as a hobby. What I did decide, though, was that I wanted to learn as much as I could about nature through my own little observations. I stopped worrying about whether it would get me anywhere, and just learnt for my own personal satisfaction. And I started learning so much, so fast! I became a bit of a pan-listing obsessive, and broke 1000 species on a holiday to Scotland last summer. I’d always been very knowledgeable on birds, but suddenly my ability to ID moths, plants, bees, grasshoppers and any other groups I enjoyed was increasing exponentially. I worked a rather boring job in a restaurant, but I spent much of my free time honing these field skills, and it was thus a very happy period of my life. It’s also very cheap to become a good naturalist, so I was never out of beer money!

I’ve not really got a plan yet for how I’ll put all that knowledge to use, but I do know that, for me at least, the best thing to do was to stop worrying about a plan, and just enjoy learning about wildlife for the sake of it. And it may be a good career move, it may be a bad one. But so what? I’ve learnt and enjoyed myself far more by doing this than I would have done by taking the more conventional routes for someone of my age. I also feel that by learning myself, rather than my main route to field skills being courses, I had a far more individual and rewarding way of learning. Not to say that you shouldn’t take these chances when you have them, but if they are your main means of honing your field skills, I think it will become a problem. 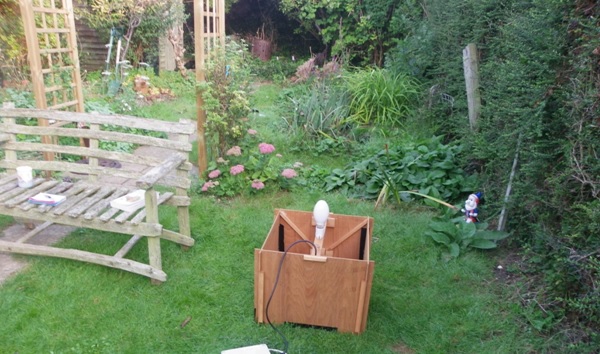 So here’s my advice for anyone who is wanting to get better at identification, recording and everything else that falls under the very broad remit of “field skills”. For a couple of hours a week, at the very least, ignore the conventional wisdom of doing things that look good on your CV, and do something nature-related that’s just pure, unadulterated fun. Something that has no purpose other than to help you learn about the wildlife living right under your nose, and bring you closer to nature. Set up a moth trap, twitch some insanely rare bird, search through rockpools, identify wildflowers, do anything, but do it for yourself. Do it locally as well, no matter where you live, there’s always something to see. Even in the middle of London there are interesting birds, and brownfield sites with great potential for unusual plants and invertebrates. Don’t let anyone tell you it’s a waste of time; if it’s fun and you’re learning, it’s the single most valuable thing you can be doing. Don’t let chasing a career protecting nature mean you to find yourself ignoring why you loved it in the first place.

Liam Curson is a keen naturalist (primarily a birder but branching out recently), since the age of five, spurred on to both learn more about wildlife and become more politicised about the issues faced by conservationists, thanks to his Dad working for Natural England. He currently lives in East Sussex, goes out birding a lot and is trying to identify every bug and plant he sees too, with varying degrees of success.