Welcome to our series of blog posts in the run up to the general election (7th May 2015). Over this month AFON members will share their own Visions for Nature: what they want the natural world to look like by 2050 and how they want to get there. We have created a hashtag on Twitter so why not join the conversation? What’s your #VisionforNature?

Nature rarely has a locus in political discussion. Human concerns are quantitative, predictable and familiar which is why its easier and preferable to extend our focus on them. Nature however is neither of these and perhaps a reminder of the fact that we are not in control. A reminder that we are insignificant to the only laws and power which govern us.

It was from this realisation, that I found both a profound distrust in politics and a complete sense of urgency to get nature at the heart of political discussion. Whilst it is true that the green party aspire to relieve environmental and wildlife issues, why isn’t nature at the forefront of discussion for all those involved in politics? Especially given that the potential risks of climate change, biodiversity loss, habitat destruction and overexploitation of natural resources (to name a few) have the potential to devastate modern civilization, causing more social problems than that of the state of the economy, albeit an ironic twist in the tale of globalization.

The natural world is ever changing, working tirelessly to arrive at an equilibrium and our activity on this planet is exacerbating. We need only look out of our window to see our impact and whilst a feat of ingenuity and intelligence among our co-inhabitants, there is something unintelligent about our methods on arriving at this point. I want the natural world in 2050 to be relatively stress free from human activity and see politicians and politics in general to shift towards more naturally inclined policies, but how should we get to that?

The success of The People’s Climate March late last year (September, 2014) highlighted the need for unprecedented action across the globe and showcased the power of action as we challenged the mindset of people, businesses and our governments. I believe we need to keep up the momentum of social action on a global scale, pressuring unsustainable businesses, services (energy/utility) and our governments into listening to our demands “to conserve, protect and think about nature”. Although some may say politicians won’t listen, history teaches us that a majority of global changes come from social movements, even in times where governments were more oppressive. All it takes are people willing to act for something they care about deeply and a clear and consistent message. 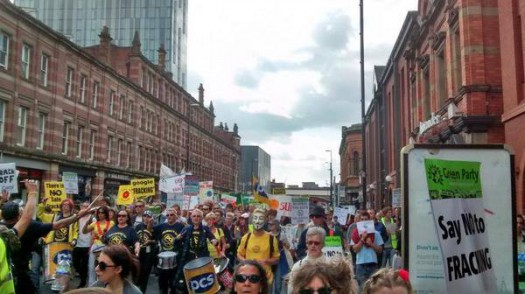 Education on the environment, wildlife and nature is more important than ever. Public engagement and publically accessible/available workshops for practical conservation definitely need to be better publicized. We’ve all seen that RSPB advert, “giving nature a home”. This is a great example of how large organisations are getting the message across given that over 96% of all homes in the UK have a T.V (BARB).

Thinking back to when I went to school, environmental and wildlife issues were seldom talked about outside of geography and biology, which, already barely touched the surface and engaged students in a way that could strike a chord. At least amongst modern technological trends touted as important features of society from the ages of 11 – 16 and even earlier.

If such issues were brought more to the attention of children and promoted particularly in schools, I think we would have a more prominent natural force in the UK and a political generation who are more in tune with the planet.

It’s becoming a bit cliche within our fields of interest, but most, if not all of the largest challenges the environment and wildlife are currently facing are due to the scale of our population. Though, I don’t think this necessarily has to mean doom and gloom for the natural world. Solutions are difficult in the current political ecology, however an example of something I think we can do is to rank and index natural capital in accordance to their ecological importance, allowing our activity to be quantified and acted upon accordingly. Perhaps we are at a time where growth is the least of our problems and instead we should practice the art of being content with what we have, whilst aiming to protect it.

Ryan Lloyd an aspiring scientist, interested in the natural world, studying towards a BSc (Honours) Environmental Science degree. He will be working on independent research into ecological matters such as how anthropological activity is affecting the distribution of certain species of flora and fauna. He also runs the website activisionary.org.uk that focusses on nature that is in early stages of developing into some form of environmental education organization.