In late January, four AFON members travelled to Birmingham as contributors to one of the presentations during the National Moth Recorders Meeting, organised by the Moths Count Project of Butterfly Conservation. Ben Porter reflects on the day.

It was great to attend and contribute to this year’s NMRM in Birmingham. The superb event was packed full of stalls, talks, interesting people and enthusiastic moth-ers! A number of talks during the day ranged in subject from the changing state of large moth populations in Yorkshire, to cyanide acquisition in Six-spot Burnets, the effect of artificial light on moth feeding and the conservation of Fisher’s Estuarine Moths on the south coast. These inspiring and informative talks were supplemented by a host of lepdiopteran-focussed stalls selling everything from moth broaches, essential recording equipment, entomological literature, ID guides, clothing and much more. A little too tempting for an avid moth recorder! 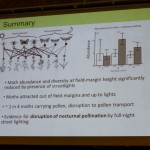 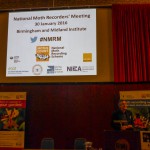 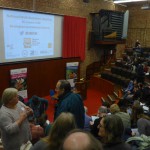 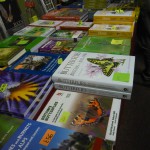 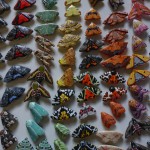 One of the main reasons I was present at this year’s conference was to contribute to a talk run by A Focus On Nature, which centred on the future of young people and moths. Four of us were present to give our presentations, and my section focussed on the role of mentors in fostering the next generation of moth enthusiasts…

A bit about me…

I have spent half my life on the small island of Bardsey off the coast of North Wales, where much of my early interest in the natural world (particularly birds and moths) was stimulated by my involvement with Bardsey Bird and Field Observatory. The staff of the obs lent me a small heath trap at the age of 11, and helped me along as I began my first trapping attempts in the spring of 2008. As my knowledge and enthusiasm grew, I passed this on to visitors and friends, which inspired more people to take up this fascinating hobby. I am now studying a degree in conservation and ecology with the University of Exeter, and am a particularly keen birder and wildlife photographer.

I think that moth trapping and similar activities can be a process of self discovery: learning the identification of moths first hand, setting out traps and generally having a natural sense of curiosity that fuels learning and enthusiasm. It certainly was me for me, growing up largely isolated on the island where I lived. But as I mentioned before, individuals and organisations are fundamental to this process, and play a crucial role… 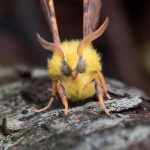 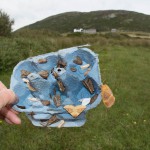 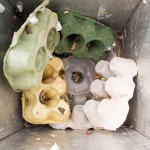 Enthusiastic and willing individuals are central to this hobby – without them, the transferral of knowledge and passing on of interest simply wouldn’t occur. We can all do something, perhaps giving tips on how to ID the trickier moths, what traps to use, where to buy them, where to go if they don’t have this facility, the best times of year to look for moths etc. But it could just be showing children or young people the moths themselves, for example, by taking them into school or university and explaining what and why they are important. An interest such as this can then act as a springboard for an interest in the diverse world of the wider natural world.

There are a huge number of places where people can learn and experience moth recording at a larger scale: Schools, societies at Universities, Bird Observatories, Conservation centres, nature reserves and organisations such as Butterfly Conservation to name a few. I think there is a real importance to engage young people of a broad variety of age groups: a sense of curiosity for the natural world as children can often disappear through teenage years in secondary school, where there doesn’t seem to be quite as much focus on the environment. So having activities like moth trapping as part of clubs and societies at university can really help to re-instil this enthusiasm, exposing a broad range of people to raise awareness.

Increasingly these days, through the growth of technology, it is becoming a lot easier for young people to connect and share experiences through social media. For example, I am a member of the Facebook group ‘The Minors’, which is a group of about 120 young people that help each other out with identifications, share what they have been getting up to, and generally encourage each other in their ventures. Sites like this can be a really great resource that connect people with a range of backgrounds.

So there are just a few insights into my perspective on what we can do to help people grow in their interest in moth recording.

Ben Porter is a student at the University of Exeter and interested in the natural world. He is a keen birder, an amateur wildlife photographer, a C-permit bird ringer and an avid moth-trapper. Follow him on Twitter: @bardseyben and on his website: Ben Porter Wildlife Photography