I want to tell you something that may surprise you: I am not worried about climate change. 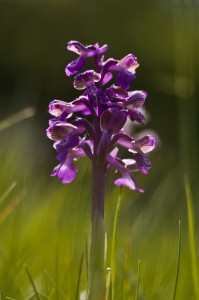 These are but a few examples, there are sadly many more, and they all share something in common. The cause of their decline is not climate change. Other more important threats, such as habitat destruction and invasive species, are to blame and are, in my opinion, much more of a pressing worry than climate change.

Climate change is headline grabbing. It seems to, at times, be the only environmental issue featured in the news. It is often the only environmental issue many people are aware of. I believe this is because it is the issue which is most closely linked to humans. We are the main cause through carbon emissions, and temperature and sea level rise will have dramatic consequences for us. It also hits us where it really matters; our bank balance. Tackling it is costly and it has recently been linked to the rise in energy prices here in the UK.

I feel there is only so much ‘green news’ that people can take, and politicians dislike talking about green issues as it is often regarded as an election killer. Climate change is really the only environmental issue that is given true coverage. But for me it is not the true problem.

The real worries are habitat loss and invasive species. The significant landmark State of Nature report published recently showed that over past decades 60% of all of our native species have declined, and there is little sign of many of these declines slowing. As the human population has grown in this country we have expanded our cities and agriculture. Our precious habitats have paid the price: 75% of heathland, 50% of ancient woodland, 90% of East Anglian fen, 90% of wetland and most shocking of all; 97% of wildflower meadows, all gone. I don’t wish to blind you with figures but they tell this tragic story of loss well. Surely this is a more pressing concern than climate change?

I urge you to pay a visit to your local river, where the scale of damage is easy to see. Take a stroll along the heavily channelised riverbank and you will see Himalayan balsam carpeting the banks, shading out our native species. Look into the stream and you might see a Signal crayfish, an alien invader from America that is responsible for spreading a plague that is pushing our only native crayfish species to extinction. You could sit quietly hoping to hear the once familiar ‘plop’ of a Water vole, but you would be wasting your time. You are much more likely to see signs of the creature causing its demise; Mink, another American import.

However, even in this bleak habitat so blighted by human interference there are signs of hope, signs that if we focus our effort in the right places we can make rapid positive changes. Look closely on the banks or on rocks in the channel and you might find signs of Otter, which would have been as rare as the Water vole 50 years ago. We pushed this enchanting mammal to near extinction in England but due to conservation efforts it is now back and thriving, living proof that if we focus on the real issues that are directly affecting our native species we can bring them back to life.

Before I end I would like to insert a brief caveat. Whilst I have been dismissive of climate change in this article I am of course aware of the significant threat that it poses to both humans and wildlife around the world. I take very seriously the words of the Intergovernmental Panel on Climate Change (IPCC), when they say that it represents the most serious threat to humankind. It is also going to have complex impacts on our native species, benefiting some but also hindering others. It is undoubtedly placing more pressure on species already struggling to cling on in a fragmented landscape. Neither are the two, climate change and habitat loss, mutually exclusive. We can and should look at both in equal measure, however I feel the balance is currently in favour of climate change. 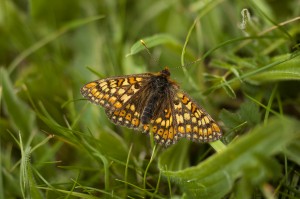 My point is not that climate change does not matter, but that if we want to save our native species, and I believe we should want this, we should focus our attention (and resources) elsewhere. We are in the midst of an environmental crisis in this country and yet most people I talk to appear unaware of what is going on around them. I urge people to take this seriously, as seriously as they might climate change, or in fact more seriously. Habitat loss and invasive species are more urgent problems that need addressing, and fast, before we lose more of our wonderful wildlife to extinction. 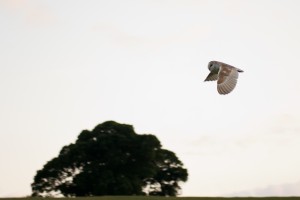