When I ended up back in London four years ago I pined for my past idyllic coastal dwellings. Spoilt by the Canadian wilderness, Falmouth Bay and Snowdonia, urban wildlife did not immediately grasp my imagination. Seeking out urban oases was at first a reaction to disenchantment of the hustle and bustle of city life. However, as I began my own personal growth and career, nature remained core to my existence and slowly I built a much more profound connection with nature and wildlife than I had ever had.

The 445 hectares of paradise that I call home is also home to an astonishing range of wildlife. Hundreds of ancient and veteran trees actually make the site far more bio diverse than many equivalent spaces in the countryside. During the first summer back I was cycling my normal route when I heard a bird call I had never heard before. It was a hobby. The first hobby I had ever seen and I was instantly in love and have been ever since, shooting stars on wings. A passion for watching the summers play out through the hobbies developed; spectacular courting displays and food passes, nesting, seeing white balls of fluff grow at the top of an oak tree and then watching the young fledge one by one and develop from enthusiastic insect chasers to the most elegant hunter in the air. Hobbies led me to dragonflies and vintage summer days watching banded demoiselles, swifts, swallows and stag beetles. Fresh early mornings are a favourite – the dawn chorus and grass covered in spiders webs visible only in the morning dew. Night walks too, with newts ascending small ponds for a bubble of air, toads all over the paths and the occasional hedgehog foraging noisily, tawny and little owls hooting everywhere.  Once nature is deeply ingrained it provides hours of endless entertainment, meditation and peace – how many things could get you up happily at 4am, voluntarily? Ultimately, I have found time and time again that nature can salvage the toughest of days whilst also being the perfect way to spend the best of days. 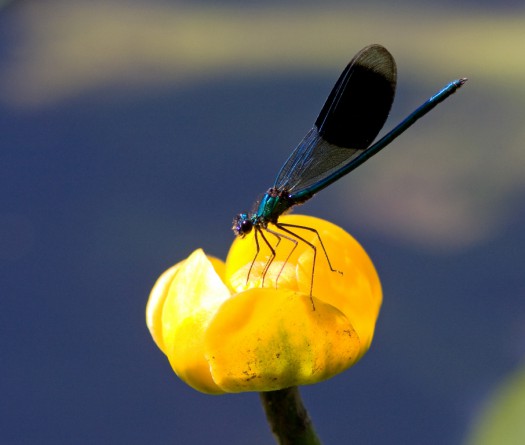 The resultant gift is that I have an inner fire to protect nature. I work in conservation but more than that, I can’t walk past litter without picking it up, I donate to nature charities and volunteer my free time to help further. However, most importantly I have shared that nature. I have nourished friendships by switching from an evening social in the pub to a morning walk with friends and sown the same seed of enthusiasm in others.

More than anything else though I like quietly standing in my favourite spots where I seem to attract a lot of people eager to find out what I’m watching, interestingly this is the antithesis of the perception of London culture where people keep their head down and do not talk to one another but nature has the power to do that. I have been able to show people their first buzzards and kingfishers or simply encourage them to stop and appreciate the beauty of a song thrush singing. Often these people approach me again to regale some encounter they’ve had since our first meeting or even better, once or twice they’ve told me they have since joined the RSPB. Nothing makes me as cheerful as sharing the gift of nature. 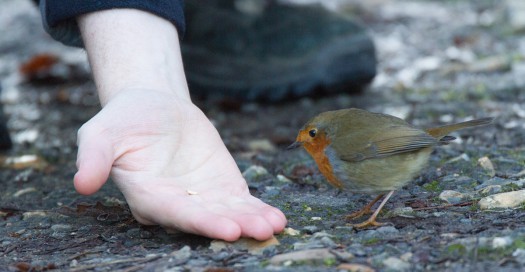 Evan works for University College London in the sustainability team, which includes leading on the campus biodiversity action plan. He also writes about and photographs nature and enjoys wildlife guiding both at sea and on land. Follow him on twitter