Across the country right now, hidden away in deep, dark places, dragons are sleeping. Soon however it will be time to slither from their domains, and all shall tremble before them.

Oh, and by deep, dark places, I mean old rabbit warrens and log piles. And the dragons aren’t quite winged, fire-breathing and slouched upon treasure like Smaug, but they’re just as brilliant in my view (though not so much to the field voles, common lizards and skylark chicks who’ll be doing the trembling bit).

Our British ‘dragons’ are European adders, Vipera berus. Sleek, biologically fascinating and totally misunderstood. We have few reptiles in the UK, our cool climate and that inconvenient pond called the English Channel limiting what came over here. As such we only have six native species, yet of all of them, the adder is probably the best known.

For a start, the adder is an absolute champion of snakes. It has the most northerly range of any species – right up into the Arctic circle. By giving birth to live young in the summer, adders take out the need to find warm incubation sites for eggs to develop, and whilst they hibernate through the worst of the winter, males generally emerge by February. 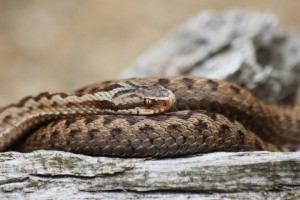 This is all in preparation for one of Britain’s rarely seen yet most beautiful wildlife spectacles – the ‘dance’ of the adders. As the females emerge about a month later, the boys attempt to out-macho each other in a wrestling match that involves an intricate dazzle of locking, twisting and turning on top of one another, each male desperate to show he is stronger than the opponent by keeping him on the ground for longest.

Already you can tell we’re dealing with a very unique reptile – and for most, what makes adders most unique is the fact they are Britain’s only venomous snake. Unfortunately, this successful hunting technique is used as a way to demonise them completely unnecessarily by many. While adders will scarper the moment we come stomping along, and their comparatively mild, very treatable venom has not killed anyone in the UK since 1975, they’re still despised by many. Which right now is the last thing they need, as they are very much in decline.

The sight of an adder basking in bracken, its zigzag body stripe perfectly matching its background, is in my opinion like stumbling upon a natural jewel – but for how much longer will this be possible? The ‘ace of snakes’ needs our help to restore its habitat and re-educate the public now more than ever. When those slumbering dragons awake in a couple of months, see if you can do your bit to make the adder count. 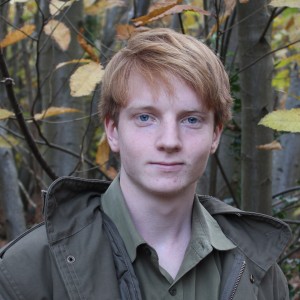 Pete is an amateur naturalist, wildlife photographer and a Zoology undergraduate at the University of Exeter. He also has a particular love for nature writing and the way it straddles both the biological and cultural aspects of nature, and currently writes blog articles on wildlife-related issues for the Independent.

His blog can be found at http://petecooperwildlife.wordpress.com/.