Enter, the Firecrest. The smallest, speediest, sexiest gem of a bird one could ever hope to stumble upon. Despite weighing less than the 50p piece in your pocket this is a bird that is brimmed to the crown with character, and thanks to our warming climate, it is a species that is becoming a much more common sight.

This species first occurred in Britain in 1845 and it wasn’t until 1962 that the species bred for the first time in the UK, in the New Forest, Hampshire. Since this time the Firecrest has gone from strength to strength much like the much more widely documented success of the Little Egret. Today its population is recorded as 550 breeding pairs, though many experts have put its true figure at closer to 3000 pairs. With a call high-pitched enough to evade all but the most alert of birders, and a size small enough to hide behind all but the smallest of leaves, it is perhaps not surprising that the Firecrest is a seriously under recorded species. 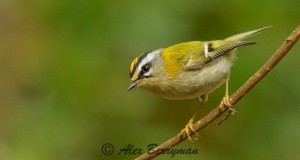 But when you do lock eyes (or bins!) on your first Firecrest, it really is a true site to behold; the black and white contrasting beautifully with the orange crown that is worn so elegantly. Though before you have had chance to absorb the bird’s magnificence in all its entirety, it has moved perch 12 times and is now located 200m away – yes they are fast! So fast in fact that my first Firecrest experience was something of a disappointment, a silhouetted, hovering speck among a busy, active tit flock. But I gave the Firecrest a second chance, and now it ranks as my favourite bird species above all others, and by quite a considerable margin. Not only are they painstakingly gorgeous but often blissfully unaware to the presence of an observer – one of my most memorable encounters being a bird sat no less than 1m from my head, pausing briefly before continuing on its ever shifting journey.

So where can you find a Firecrest? Well almost anywhere! During the winter months they can be found in almost any tit flock in England, but during the breeding season they certainly favour Norway Spruce or Douglas Fir (though please note they are a Schedule 1 protected species and as such it is illegal to disturb nesting birds). However, they are far less reliant on these conifers than the closely related Goldcrest, which is perhaps a key to their success. The relationship between these two species is an interesting one; with a possible, though poorly understood rivalry between them. The songs are extremely similar and it is apparent that the Firecrest is dominant over the smaller, less aggressive Goldcrest. A trip in May to the New Forest is likely to result in 10+ singing males in a good day if the right areas are searched; however a search for the Goldcrest is likely to be far more difficult and often fruitless. It does appear though that the Firecrest’s expansion is slowing, perhaps the north of our country is just too cold for this European-based species. 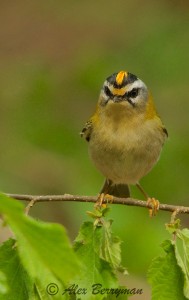 The tit flocks of our country are all the better for this fiery visitor from Europe which lighten any birding trip with its elegance and pure brilliant. So happy birding, and happy Firecrest-searching! 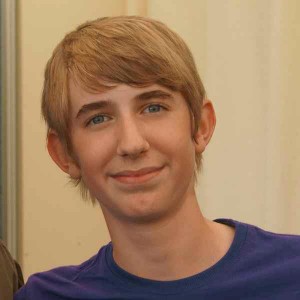 Alex is a 16 year old wildlife photographer based in North East Hampshire. He has always had a fascination and interest in wildlife and over the past two years has tried to photograph as much of it as possible (focusing particularly on the birds of Britain) which has led to a variety of fantastic places, such as the Highlands of Scotland.