I’m lying on my front, in the wet dew soaked grass, eyes focused on a brown dot just over 50 meters away. As dawn breaks the sun seeps through a crack in the cloud behind me, a golden shard of light is cast onto the brown dot that I have fixed in view. Suddenly a set of ears prick up. Tall and slender, tipped with black and turn from side to side listening to the chorus of dawn. After safety is perceived, the dot extends its body to reveal the beautiful and unmistakable outline of one of the most charismatic creatures in the British Isle; The Brown Hare.

Introduced in the Iron Age the Brown Hare Lepus europaeus is an unmistakable asset to much of the United Kingdom, often seen bounding through open arable fields and parkland. Their traits and presence, entirely different to that of the more common Rabbit. The Hare is a wonderful animal and since moving to a farm just over ten years ago I have grown to truly love them, often spending many hours at a time lying still in the field margins in order to try and get a little closer to these fabulous mammals. 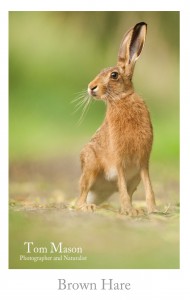 The Hare leads a relatively shy life, moving through fields, feeding on the fresh shoots of grass and arable crop. In spring however everything changes, the breeding season erupts into life with amazing displays up and down the country. As a sport, I am not much of a boxing fan, but when hares box, my attention is commanded. The erratic chases ensure entertainment for all who watch, with hares reaching speeds up to 65kph as the females try to weed out the weak males to ensure they breed with only the best. After getting down to a few final rivals she chooses her intended mate and swiftly dashes the hopes of the other unlucky contenders, with a swift punch to the nose. After finally choosing, breeding occurs and 40 or so days latter a littler of leverets will be born to the world, in a shallow hollow neatly tucked away in the grass.

Culturally the hare has always been linked with fertility, but it is the Germanic culture that offers my favourite idea behind the dance of the hare, and that is in order to make the earth grow. Now if the Brown Hare makes the earth grow, surely it is the most important of all the British species?

Personally, I have chosen to back the Brown Hare due to the memories I have shared with these beautiful animals, hundreds of hours spent in their company, watching them feed and run up and down in the fields around my home. The Hare symbolizes to me, the freedom of nature and never could I bore of working with these gorgeous creatures. Seeing them up close is a fantastic, noticing the subtle fur differences and character traits of individuals makes them even more compelling to watch and be close to. If you do anything next year, head out and spend some time watching Hares! 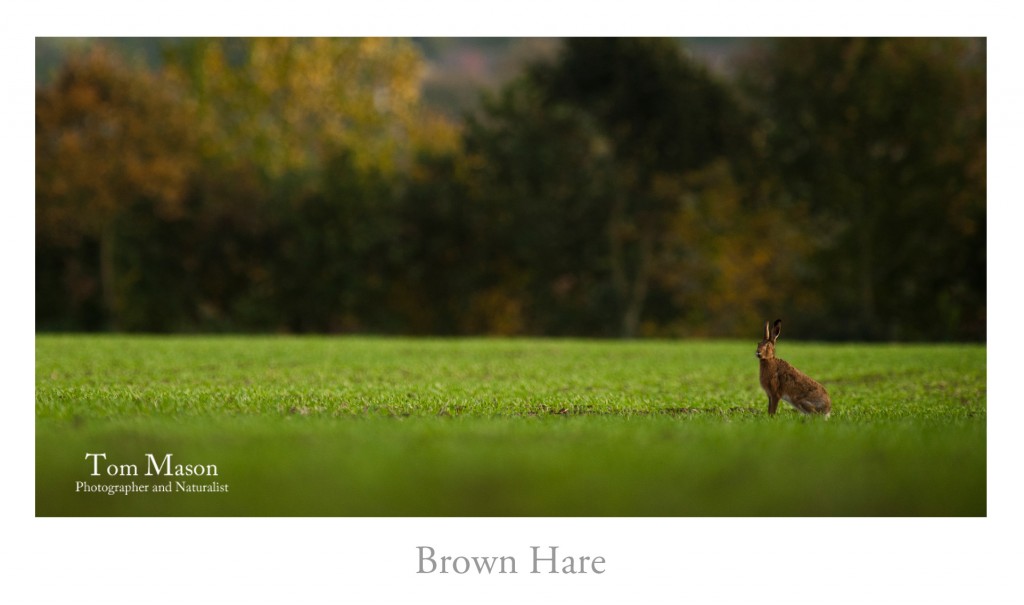 Tom is a naturalist and wildlife photographer from Hertfordshire. As a photographer and naturalist Tom aims to pursue a career in wildlife journalism focusing on sharing the stories that concern wildlife both at home and abroad in order to raise awareness for environmental protection and conservation.