Fish have always taken somewhat of a back seat in UK conservation, with the exception of a few characters like Atlantic salmon and, recently, eels, due to the huge decline in numbers. For me, it’s the underdogs that really take my interest: the mini species like spined loach, which use their gut as a primitive lung; and bitterling which lay their eggs inside a living swan mussel (not entirely sure what the mussel gets out of this arrangement but it has little choice!).

Now, to be fair, NGOs are waking up to the idea that fish are an important part of the fauna on many nature reserves and taking steps to help them, like habitat management, fish passes to aid migration and trying, where possible, to improve water quality.

There are no UK conservation groups solely dedicated to helping and protecting freshwater fish, which in itself is mindboggling when you think of the range of species we have.  Groups like the Wild Trout Trust and Sustainable Eel Group help their retrospective species, which in turn help others, but there’s only so much they can do.

I try to do my part by showcasing and highlighting species through my photography and filming, which has led to a few exciting projects. The first was a crowd-funded film to try to capture every species of UK freshwater fish on camera – a bit like Pokemon Go but more fishy. Out of the 56, I’m currently on 47 so getting there slowly! 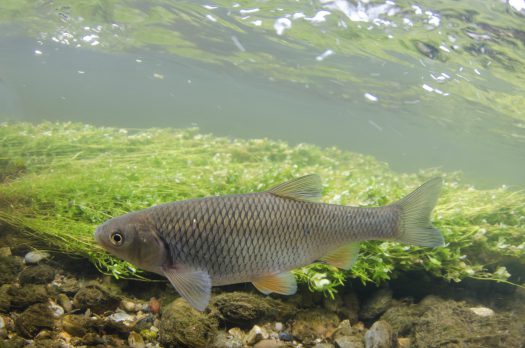 Next, I started up the UK National Fish Vote which caused a few ripples with groups like the Wildlife Trusts, RSPB and Freshwater Habitats Trust getting on board to promote it. 7,000 voted for their favourite species, which the brown trout ultimately won. It was a great way to engage with lots of people who might not have thought much about fish before and hopefully learned a little but more about them. The result was aired on BBC Springwatch and I appeared live with Micheala Strachan announcing the winner. The team were brilliant to work with although many of them were disappointed that the stickleback didn’t win! 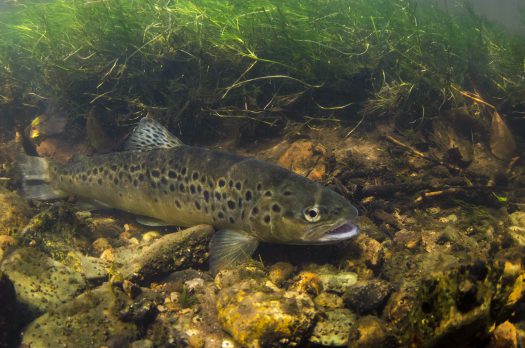 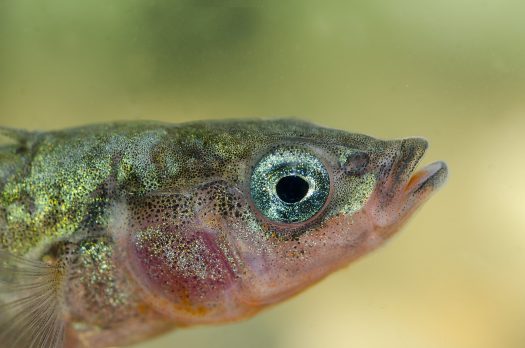 BBC Wildlife Magazine have used the odd photo of mine for a few years now but it’s always been an ambition to get a feature in the mag so when they got in touch to do something it was a ‘bream’ come true. The first part was being interviewed by the talented Lucy Jones who was actually heavily pregnant at the time but still game for wondering along some of the gorgeous Peak District rivers. A few weeks later I met photographer Dave Willis who took pictures of me in the water interacting with some small gudgeon and perch. They even started hiding under my feet at one point! The article was 6 pages, much bigger than I thought I’d get and I was really pleased with the outcome.

It’s safe to say I’m pretty specialist in my work. Even though I’ll photograph anything with a pulse, fish have dominated most of my time. This drew the attention of New Holland Publishers, who asked me if I’d be interested in writing and illustrating a book on freshwater fish. I jumped at the chance as I’d wanted to do a book for while but was a bit reluctant on the writing side as I’m dyslexic and can struggle a bit with large amounts of writing (my brain tends to go to mush after a few hundred words so if the blog starts to go towards the end you know why!). I found that, by taking my time and writing small amounts each day, it soon became very easy and of course writing about a subject you’re passionate about helps. I wanted to make it more than just another I.D guide so asked for large underwater pictures to be used so it’s more of a visual guide, ideal for children and more visual learners like myself. It has lots of bonus chapters too, like fish conservation, how I take the photos, facts and figures and a foreword by legendary wildlife cameraman Hugh Miles. 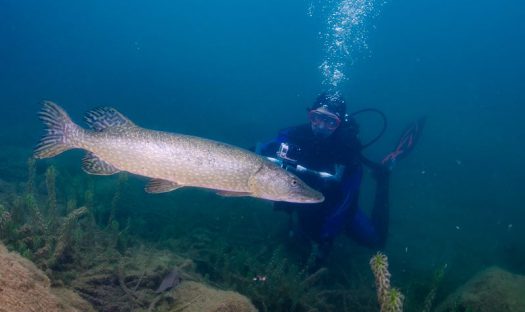 Jack is a professional wildlife photographer based in Nottingham and studied a degree in Marine & Natural History Photography at Falmouth University. Jack teaches at both Nottingham Trent University and University of Nottingham. He’s worked for The Wildlife Trusts, RPSB and Canal & River Trusts as well as filming and appearing on Springwatch, Countryfile & The Great British Year. He’s also recently released a book ‘Freshwater Fishes of Britain’. You can follow him on Twitter at: @JackPerksPhoto and via his website: jackperksphotography.com