My wildlife heroes are the often unsung specialists, particularly those passionate about groups of invertebrates. These are the people willing to take on the challenges of taxonomy to produce excellent keys and guides – resources allowing anybody to identify to species. Their research and sharing of knowledge give us the skills to know how the invertebrate fauna has changed in recent years – providing the expertise to identify which species are in decline and which are spreading.

The British fauna isn’t a fixed entity. There are constant introductions, re-introductions and even new discoveries. For example, when Ben Rowson created the FSC guide to Slugs of Britain and Ireland, the research done for this increased the known fauna by 20%! This included new species the Ghost Slug (Selenochlamys ysbryda) such a weirdly unique looking species that hadn’t been recognised as one before. It shows just how much there is still to discover, learn and share about the natural world around us. 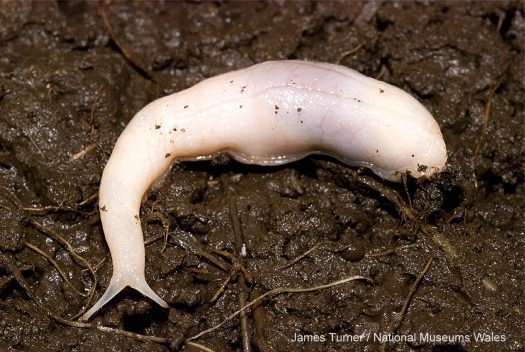 Mark Telfer inspired me through his amazingly detailed website. It helped me delve into the world of Carabids (ground beetles), giving me a gateway into identifying invertebrates. It’s clearly a massive labour of love, with an essential range on tips from identification, mounting and storing specimens, recent species discovered in Britain and much more. It also made me realise that it’s okay to be interested in invertebrates.

What amazes me about these people the most is how modest, welcoming and encouraging they are. I happened to meet Paul Waring (one of the authors of the Field Guide to the Moths of Great Britain and Ireland) at a small conference when I was planning an MSc project on the Scarce-hook Tip Moth (Sabra harpagula). We spent the whole of the lunch break chatting about trapping methods and this little known moth species. Chatting to him brought home just how much in-depth knowledge Paul has and how willing he was to share it with someone who was new to the subject. 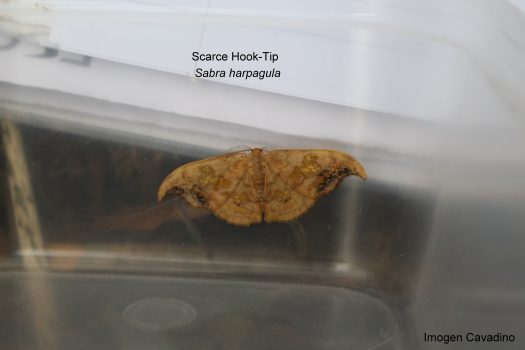 As another part of my studies I was creating a wet preserved collection of slugs. Preserving slugs is a tricky business and I was struggling to get them to “relax”, so I took the plunge of emailing Ben Rowson who works at National Museum Wales. I expected at best a polite email back with some links to useful references, and at worst my email to be overlooked.

Instead Ben invited me to come into the museum, where he gave up much of his time talking about relaxing molluscs, experimented with different methods, and showed me the museums amazing mollusc collection. He mentioned at the time that there would be a mollusc related traineeship hosted by the museum in a few months time and to keep an eye out for the advert. A year later I’m almost at the end of that traineeship and am incredibly proud to have him as my mentor and supervisor. From him, other staff at the museum, and visiting experts I have learnt huge amounts about identification, including how challenging it can be at times. It has shown me just how much work and research goes into every guide, key and identification. 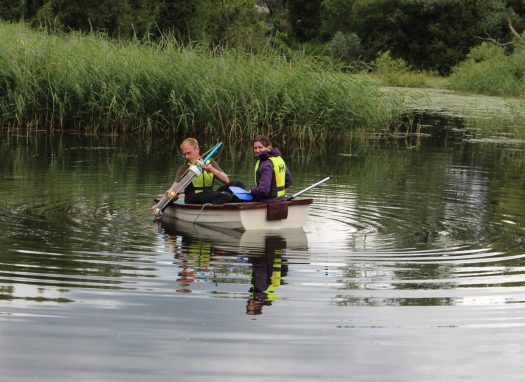 Out on fieldwork with Ben Rowson (c) Roger Lindsay

These people inspire me with their openness to share knowledge with others, and their passion for their subject. So to all those specialists out there who have produced excellent identification keys, recognised new species to Britain & Ireland and how to identify them accurately to species, I would like to say thank you. You have given us all a wonderful gift, and continue to inspire me every day.

Imogen Cavadino is a former English Literature and Music student, current cetacean fan and invertebrate nut. Several internships observing whales and dolphins encouraged her to take the plunge and change career, graduating in 2015 with an MSc in Conservation Ecology. Imogen currently works for The Conservation Volunteers as the Natural Talent Trainee in Non-Marine Molluscs at National Museums Wales, Cardiff. Follow her via Twitter: @I_Cavadino or via the TCV Natural Talent blog: blogs.tcv.org.uk/natural-talent/