Matt has been a member of the RSPB since the age of five and has never looked back. He remembers writing to Greenpeace and Friends of the Earth at the age of seven, shocked at the deforestation of the Amazon rainforest. His passion for the natural world has led him to work for a range of NGOs as both an employee and volunteer, as well as running his own projects. Professionally, Matt specialises in climate change policy, communications and youth engagement. He has worked and volunteered for the RSPB in a number of roles, including as a membership recruiter, an assistant warden and in the climate change policy team. He is a founding member and former Co-Director of the UK Youth Climate Coalition and attended a UN climate conference in 2011, and holds degrees from the universities of Oxford and Cambridge, and a diploma from the Institute of Political Studies in Paris. During 2013-14 Matt is working in Borneo, Indonesia, as Communications Manager for the Orangutan Tropical Peatand Project. 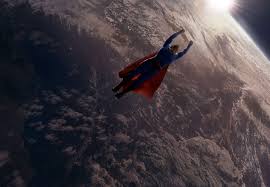 What’s the difference between a conservationist and Superman?

Well, perhaps I’ve been watching too much Smallville recently, but I’d say not much.

Superman’s powered by the sun, a renewable, environmentally friendly source of energy. In Smallville iteration he teams up with Green Arrow, who as the real life Oliver Queen leads his multi-billion dollar corporation to a greener future through renewable energy projects.

And crucially the Man of Steel is set apart not by his superpowers but by his resolute adherence to justice. And for all his superstrength and x-ray vision he couldn’t do what he does without the support of his close friends.

As conservationists and naturalists we’re set apart by our unwavering commitment to a cause and our ability to work together and support each other. We should never forget that we are all superheroes. And if saving the world seems like the stuff of comic book legend, let’s never forget to be proud of the fact that we actually to fight to save the world every single day.

Well, as conservationists we certainly need to realise that there is no white knight coming to save us. Young people in particular need to put our shoulders to the grindstone if we want to inherit the flourishing natural world we deserve.

But we shouldn’t forget or overlook the incredible work that we already do. In our spare time, instead of gaming or drinking and partaying, a lot of our time is spent volunteering, writing, discussing and fighting for nature. It’s not to say we don’t know how to have a good time and anyone who has been to BirdFair can attest to that.

And while there’s no time to lose, it is important that we take the time to pat ourselves on the back and recognise the hard work we do.

So, every time you look at hands calloused from bashing scrub or work late into the night editing wildlife photos or blogging about nature, remember that you are part of an extraordinary bunch of superheroes fighting to save the world. Day by day, act by act, we’ll build a future we can be proud of and that nature can thrive in.