Northern and Southern Resident killer whales are perhaps some of the most accepting and amiable creatures on the planet. As such, no one was surprised to learn that, several years ago, the orphaned female ‘Springer’ was taken under the wing of several different matrilines when she suddenly became a lone voice in a busy and daunting ocean. 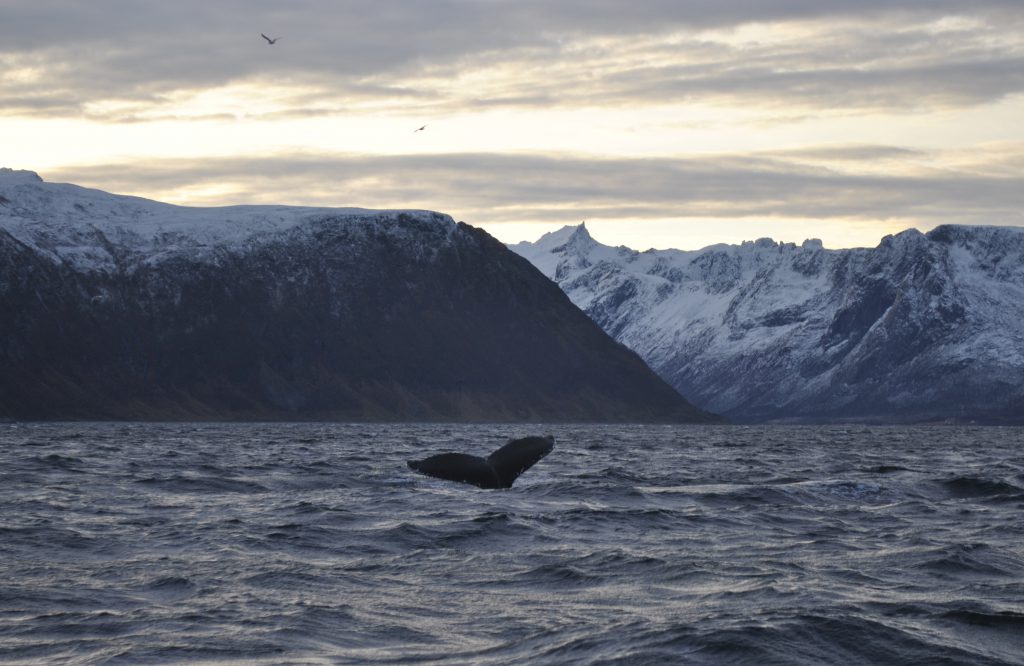 It is for this reason that the recent arrival of Springer’s own calf has brought copious amounts of joy to all those know and love these whales. Knowing what we do about the emotive capacity of killer whales, we can but try to imagine the sort of bond that exists between a mother and her offspring, yet perhaps we cannot even begin to conceive of the love shared by an individual whose relationship with her own mother was cut painfully short.

They rounded the western corner with movements oozing elegance, welcoming the distractions of the kelp beds and the rocky outcrop atop which sat our humble abode – a quaint, timber framed cabin, overlooking Caamano Sound. Springer’s calf hugged her closely, seeking safety between her huge body and the shoreline and bounding along by her side with endless energy and inquisitiveness. Like most at her age, the calf struggled to merge her breath with her breaking of the surface water. She lacked the smooth porpoising behaviour of her mother, approaching the surface on a more vertical trajectory and displaying her yellowish eye-patch as her tiny head came clear of the water. The contrast between worldly mother and innocent calf was humbling and we watched in quiet anticipation of the future she had in store, the friendships and allies she would form and the matriline she might one-day call her own. 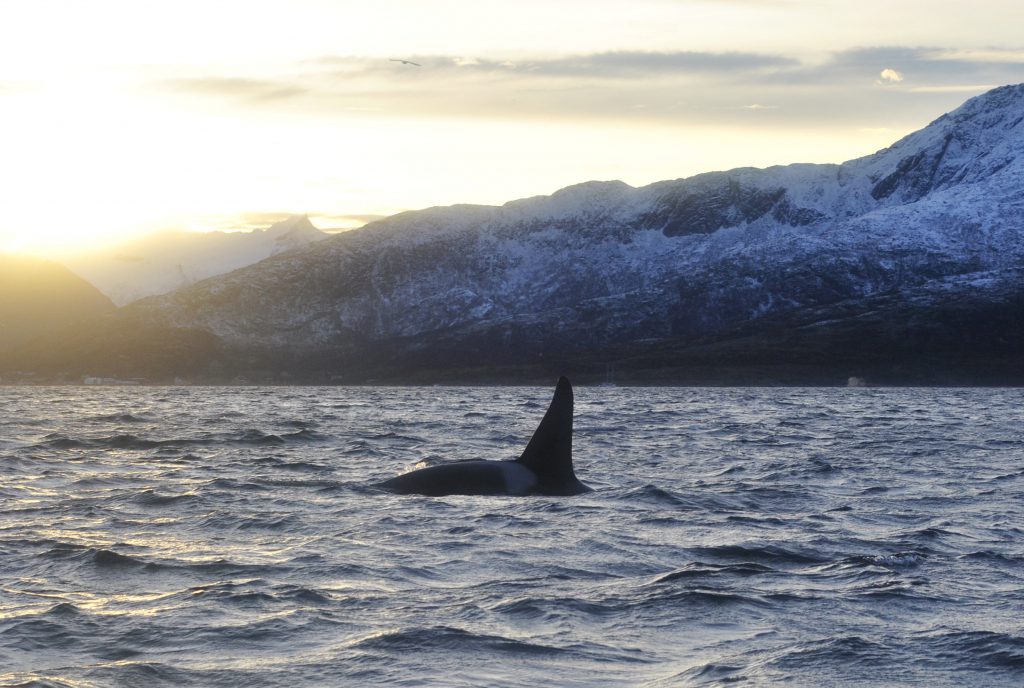 It was evident that noticeable effort had been spent by both parties in keeping up with the rest of the matriline and we noticed that the remainder of the group had begun to loiter in the east, no doubt engaging in high-pitched chatter as they waited for the safe arrival of their comrades. Although Springer and calf had lagged behind the others by just fifty metres or so, the reception they received was not unequivocal to how one might greet a brother, sister or child they had thought lost forever. Indeed, the immense pleasure evidently brought about by this greeting for a moment held the wind and the waves in limbo, and towards them the whales drew every last ounce of energy that Caamano Sound had to offer.

The awaiting females shifted their bodies together to embrace the little one as she leapt toward them, enclosing her in a sphere of adulation and security whilst smooth black backs rolled over each other amongst white water, the legacy of tail slap after tail slap. The whales reminded themselves of one another from every angle possible, yet only in a brief and gentle spy-hop did their eyes meet fully above the water – a private and personal reaffirmation of a friendship that went far beyond the noise and excitement below. 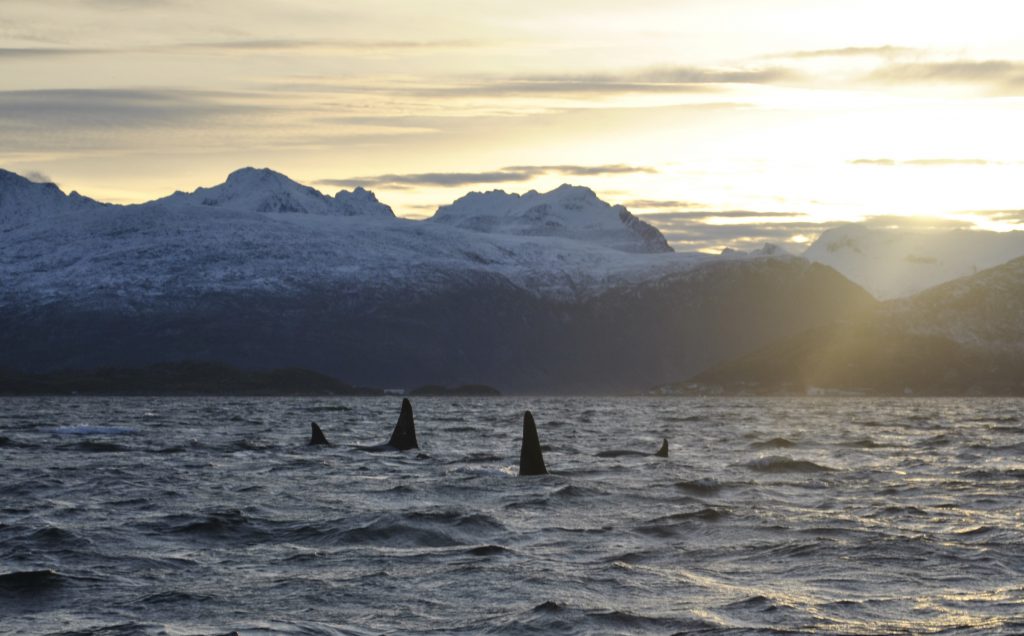 Sophie Scotter discovered wildlife writing when she interned with the BBC Wildlife Magazine back in 2011, though she’s always been inspired by the great outdoors, particularly the small details we often miss. After graduating from the University of St Andrews with a First Class Honours Degree in Zoology, Sophie is now studying for a Masters in Arctic Animal Physiology at the University of Tromsø in Arctic Norway, where she sits on the committee for the biology society and regularly publishes articles in the student-run newspaper. Follow her blog at: https://sophieellenblog.wordpress.com/