Welcome to our 2016 Advent Calendar series (#AFONAdvent)! This year, our theme is “The Gift of Inspiration”. For each day, one of our members has written a blog post about someone who has inspired them, and how that inspiration has lead to them being #WildNow. We hope that you enjoy the series and have a Merry Christmas and a Happy New Year!

Passing away just three years before I was born, Gerald Durrell has nevertheless had a profound effect on my development as a naturalist and my curiosity with the natural world. Born in India in 1925, Gerry went on to spend his early teens exploring and immersing himself in the fauna of Corfu, a sunbaked island off the Greek coast. He and his family spent four idyllic years on this isle, before moving back to England prior to World War I.

In the following years, Gerry embarked on a career as an animal collector for various zoos, before establishing his own on the island of Jersey in 1959. At a time when many zoos were places centered on entertainment and with questionable ethics, the pioneering focus of his Jersey Zoo was saving species from extinction. 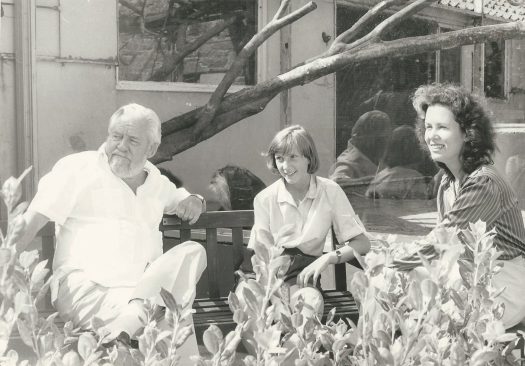 Joanna Porter (Ben’s mother) as a teenager with Gerald and Lee Durrell, she won a young conservationist award and went to Jersey to meet them

Following Gerry’s passing in 1995, the zoo became the Durrell Wildlife Conservation Trust, and continues his legacy by combining training, education and research to raise awareness of endangered species and pioneering the conservation of biodiversity.

Through an enthralling collection of books from Gerry’s career, we get a glimpse of his diverse explorations to many corners of the planet in search of exotic and bizarre creatures. His books are truly unique: he manages to combine witty humour with a lavishly descriptive storytelling ability, and allow almost anyone to enjoy his writing. It was Gerry’s captivating tales from a childhood on Corfu in his first book, ‘My Family and Other Animals’, which captured my young imagination. Growing up from the age of 11 on an isolated island off the coast of North Wales, I guess I have many parallels with Gerry’s own upbringing: my days spent watching birds, marveling at the diversity of life inhabiting the rugged isle and generally seeking to broaden my knowledge of natural history … reading Gerry’s books provided a constant source of inspiration to aid my early divulgences in wildlife.

As I embark on a wildlife-orientated career in conservation, Gerry’s love for the natural world and his unabated determination to save species from extinction will continue to give me aspirations, whatever path I chose. It is this latter aspect of Gerry’s legacy – protecting the environment – which bears most urgency in a world where wildlife needs every single person it can to stand up and shout out for it. As Gerry puts it: “Remember that the animals and plants have no M.P. they can write to… they have nobody to speak for them except us, the human beings who share the world with them”. I believe this to be the most important message put forward in all of his books and varied career: nature needs our help, and it start with you and I. 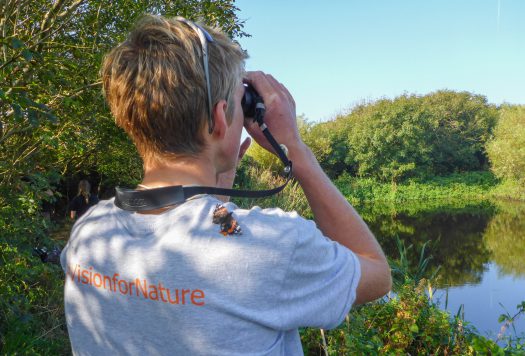 With this in mind, I have embarked on a degree studying conservation biology at university, with a long-term aim to progress into the field of active conservation, whatever form that may take. Closer to home, I try to encourage a focus on recording wildlife and caring for the environment through various societies, events and initiatives at university, whilst actively volunteering with organisations like Butterfly Conservation and A Rocha international in the great work they do. 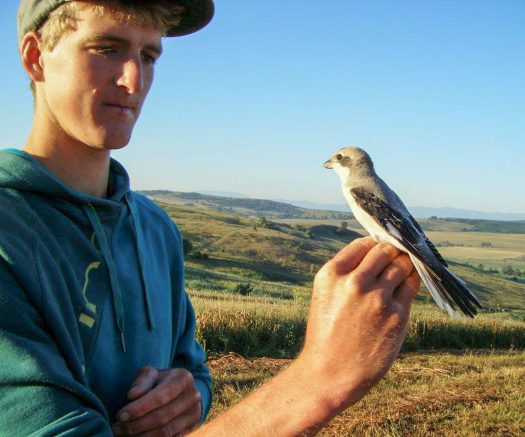 Gerry has been an inspiring figure for me, and countless thousands others I’m sure. I hope his stories and actions continue to stir a passion for the environment in many more, both young and old. If you haven’t already read his books, I would strongly recommend you do! You can find out more about the work of the Durrell wildlife conservation trust here: https://www.durrell.org/

Ben Porter is a young naturalist and aspiring wildlife photographer from the small windswept isle of Bardsey, North Wales. He is currently studying Conservation Biology with the University of Exeter and hopes to work in the field of conservation as an ecologist or researcher. Growing up on a remote island, Ben spent his spare time training as a bird ringer, moth trapping, photographing the isle’s wildlife and volunteering for Bardsey Bird Observatory. You can follow him on Twitter: @bardseyben and on this blog: benporterphotography.blogspot.co.uk