When it comes to things like New Year’s resolutions, I’m always full of ideas, and invariably short of impetus, I want to try and photograph birds, but the effort of saving up for suitable equipment quickly leaves me looking lovingly at my 10 year old binoculars and thinking ‘it’s enough just to watch’, I’d like to get out in the field and do some moth trapping, but the early start or lonely MV-lit vigil puts me off my rosy visions of being swamped under rare and unusual moths in hard-to reach habitat. Nevertheless, I hope 2016 will be different, like that great leader of men, Ed Miliband (and some chap called Moses before him) who set his pledges in a tablet of stone as a symbol of how they would endure, I hope this blog post will be my standard to measure myself against, it will provide the direction and impetus that a lazy 18 year old needs, and having put some words on a page, I’ll actually follow through (at least I’ll have the chance, poor Ed).

My first big idea, is the dreaded S-word, getting going in earnest with sea-watching, having been long embarrassed by my own birding incompetence, I thought, what better way to improve than a form of birdwatching totally reliant on your ability to identify birds based on ‘jizz’ and seemingly insignificant details at long range? It tests (and hopefully improves) your skills, whilst giving you the chance to catch up with a few interesting species which, as a landlubber you’re unlikely to encounter anywhere else. I had my first taste of this dark art at Portland Bill during the summer, and it’s hard not to be struck by the romance of it all, the often lonely, frequently wet vigil as ‘Manxies’, ‘Stormies’ and ‘Balearics’ skim over white-caps and in and out of troughs, it’s a test of a birdwatcher’s endurance and patience, a more visceral, more exciting experience (unless you’re doing it in the heated front room of Portland Bird Observatory – I’ll come clean on that).

Keeping with the birdwatching theme, and jumping on another bandwagon, I’ve signed up for Patchwork Challenge 2016, this is a friendly competition run by the BTO that appeals strongly to the birder’s penchant for number crunching, you try and record as many species as possible on a set ‘patch’ of 3 kilometres squared, you’re pitted against other birders (depending on what part of the country you’re in), and scored based on the number of species you’ve seen, how rare they are, and how this compares to previous years on the patch, the idea being to encourage birders to get out and experience the wildlife close to home. As someone without a driver’s license, this is something I’ve done a bit of already, but the smell of birdwatching competition has worked like a red rag with a bull, and I’ve signed up (you can here too: http://www.birdguides.com/webzine/article.asp?a=3558) with my heathy/woody patch, hopefully Nightjars and Lesser-Spotted Woodpeckers are in my future! 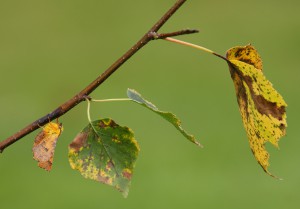 My next resolution is one that I’ve already mentioned, some moth trapping ‘in the field’, the garden’s all very well and good, but so far it’s proved rather lacking in anything rare enough to set the pulse racing (that’s not to say I don’t love Large Yellow Underwings and Heart and Darts, they have their place), and so trips further afield seem to be the answer, be it with the stalwarts of the Somerset Moth Group or self-propelled with a generator. So far I’ve hardly scratched the surface of the 2400 or so moth species in the UK, but favourites have been Olethreutes arcuella (a nice micro which feeds on dead leaves in coppiced, open woodland, and on heathland), Elephant Hawk Moth (everyone’s favourite pink and green monster), Angle Shades (surely Britain’s most subtly camouflaged moth?), and Canary-Shouldered Thorn (a well named autumn flier). Targets for 2016 are Birch Mocha, Argent and Sable, Forester, Marbled Coronet, Elachista gleichenella, and Euspilapteryx auroguttella (a few fairly arbitrary choices). 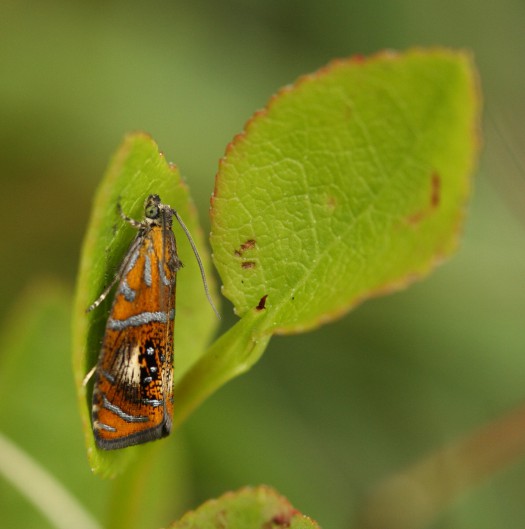 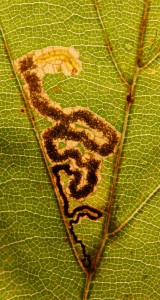 This year has already seen a bit of a change in my moth finding techniques, after dabbling in the mysterious world of leaf-miners (some micro moth larvae feed within the lamina of leaves (‘mining’), leaving distinct feeding patterns from which the moth can be identified and bred). Yet there is another group of moths, more enigmatic, lesser known, they hover in the grey area between micro-hood and macro-hood, they are the clearwings. This bizarre family of moths is a great example of a phenomenon called Batesian mimicry, they’ve evolved to look just like Wasps and Hornets, and so gain protection from a common predator, which, having worked out the warning patterns of Wasps and Hornets, assumes that they sting too, and leaves them alone. Despite their bold black and yellow (or orange) colouring, Clearwings are very difficult to find, they don’t come to light, and aren’t particularly easy to find flying during the day, what is required instead, is pheromone lures which dupe males into thinking a female’s in the area and bring them streaming out of the trees. In a world where modern science seems to have solved every problem and answered every question, it’s comforting to think that there are still creatures (even in Somerset!) that we don’t know that much about, like clearwings, and hopefully I’ll get the chance to see some this year.

With all these hopes and dreams for 2016, you could be forgiven for thinking I didn’t get out much in 2015, but I did, just not very far from home, tied down by exams and cycling distances it’s been the year of the patch, the hours waiting under the Ash trees for Brown Hairstreaks to show, discovering Bird’s Nest Orchids after hours grubbing around under the trees of my local Beech Wood, and being delighted by my first Brown Argus egg in the garden. 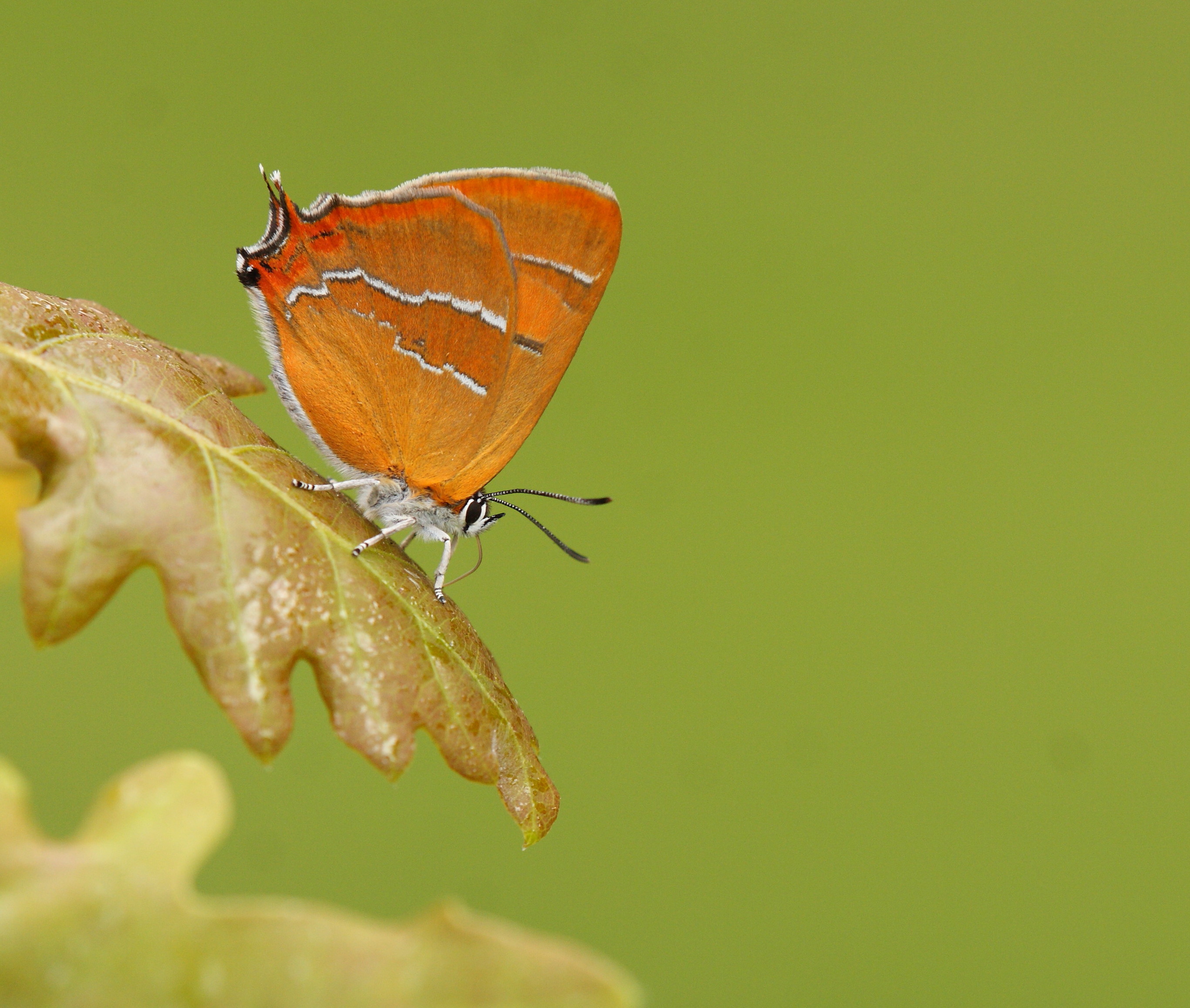 But in 2016, the plan is to get further afield and see what else is out there. Despite this, I don’t want to lose sight of the what has become plain and every-day, familiarity does not have to breed contempt, the old does not have to become the boring, it only needs to be seen in a different way, and appreciated once more. Having just started taking close-up pictures by focus-stacking, for example, the beauty of familiar things has been revealed in a startling new light, in the words of Marcel Proust:

‘The real voyage of discovery consists not in seeking new landscapes, but in having new eyes.’ 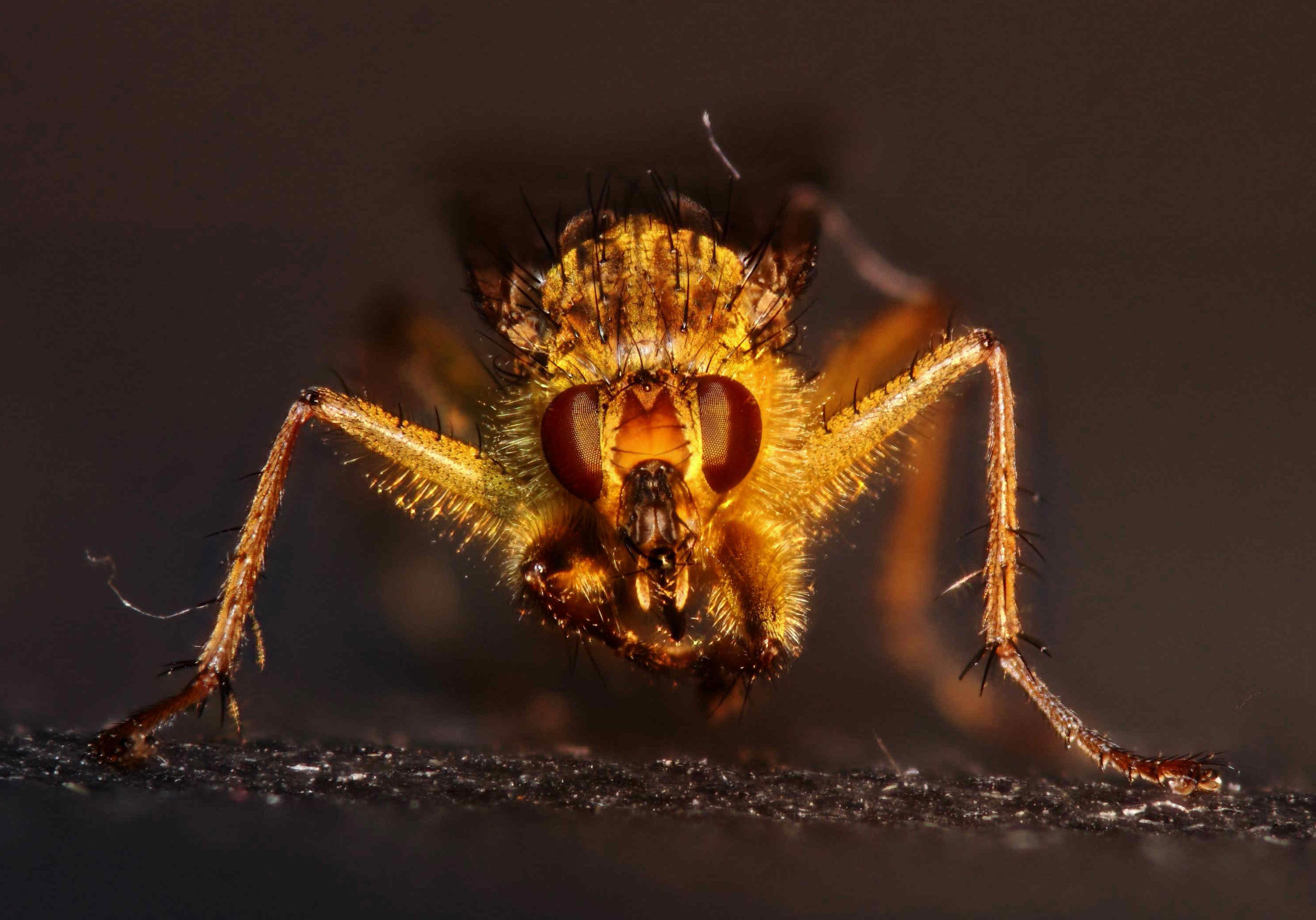 Will Langdon is from Somerset, where his main interests are recording butterflies, moth trapping, and looking for orchids and birds on his well-trodden local patch, and volunteering for the organisations that help to preserve them. Believing that an interest in nature is both scientific and aesthetic, he enjoys photography, and was recently highly commended in the British Wildlife Photography awards. For more of his writing, check out his blog: http://mothsandmusings.blogspot.co.uk/