It has been a joy and a privilege to put together this post which explores the activities and achievements of AFON over the course of this year – and what a year it has been! It has allowed me to relive activities and re-read blogs as well as hear from other members about their favourite AFON moments of 2015.

From the rewilding workshop in April to the launch of the University Moth Challenge and the Vision for Nature Campaign, 2015 has been a packed and exciting year for A Focus on Nature. On 2nd March we surpassed the 1000 mark for members of AFON’s Facebook group and are rapidly approaching 1500 at the close of the year. This is a real achievement and is testimony to the hard work of our committee and growing reputation of our organisation.

In wider nature news 2015 has been the year of the misunderstood seagull, the launch of Rewilding Britain, the continuing badger cull debate, the international year of soils, the general election, Chris Packham in the news, the Paris Climate Change Summit, Devon beavers and on a sour note the decision to frack under National Park land. Also, who can forget that wonderful Sir David / Obama interview in June! The RSPB and Wildlife Trusts’ campaigns were well received and many AFON members took part in the RSPB’s Big Garden Birdwatch in January, the Wildlife Trust’s 30 Days Wild in June and the MyWildLife Campaign.

May of this year saw the publication of the BBC Wildlife Magazine’s ‘Wildlife Power list’ and we were all really pleased to see the names of Lucy McRobert, Georgia Locock and Findlay Wilde on that list. Congratulations to them all! I am sure that as time goes on the names of more and more AFON members will be seen on that list.

The University Birdwatch Challenge, coordinated by Beth Aucott, has continued to engage students across the country and teams for the 2015/2016 academic year have brought together Durham, Lincoln, Bangor, Lancaster, Penryn, Reading, Southampton, Swansea and East Anglia in this fun competition. Meanwhile, the University Moth Challenge was launched by AFON in April, coordinated by Simon Phelps. It aims to encourage more biological recording at University, to encourage more young people to take an active interest in moths, to give young people valuable biological recording and identification skills and to link young people and universities with the National Moth Recording Scheme, run by Butterfly Conservation. Competing this year have been Reading, St Andrews, Worcester, Southampton and Cumbria.

AFON’s campaign for the year has been ‘Vision for Nature’ which has encouraged AFON members to be politically active as well as take a step back and consider how we would like to see the natural world in 2050. In April and May almost 50 ‘visions’ were posted on the AFON blog with a vast range of topics explored. Members were encouraged to engage with the campaign through social media, using the hashtag #VisionForNature, to write blog posts outlining their ‘visions for nature’ and to contact their MPs or prospective candidates in the run up to the May general election letting them know that the next generation of naturalists are determined to conserve the natural world for our future, our childrens’ future and for all generations to come. Focus groups were organised, questionnaires sent out and the Vision for Nature Committee has been working hard on putting together a report which will be launched next year. Vision for Nature reflects the diversity of interests and expertise of AFON members and will include excerpts of creative writing, poetry and photography as well as the ‘visions’ of members. The blog series was a particular highlight of the year for me and showed the real passion of our members for the natural world. 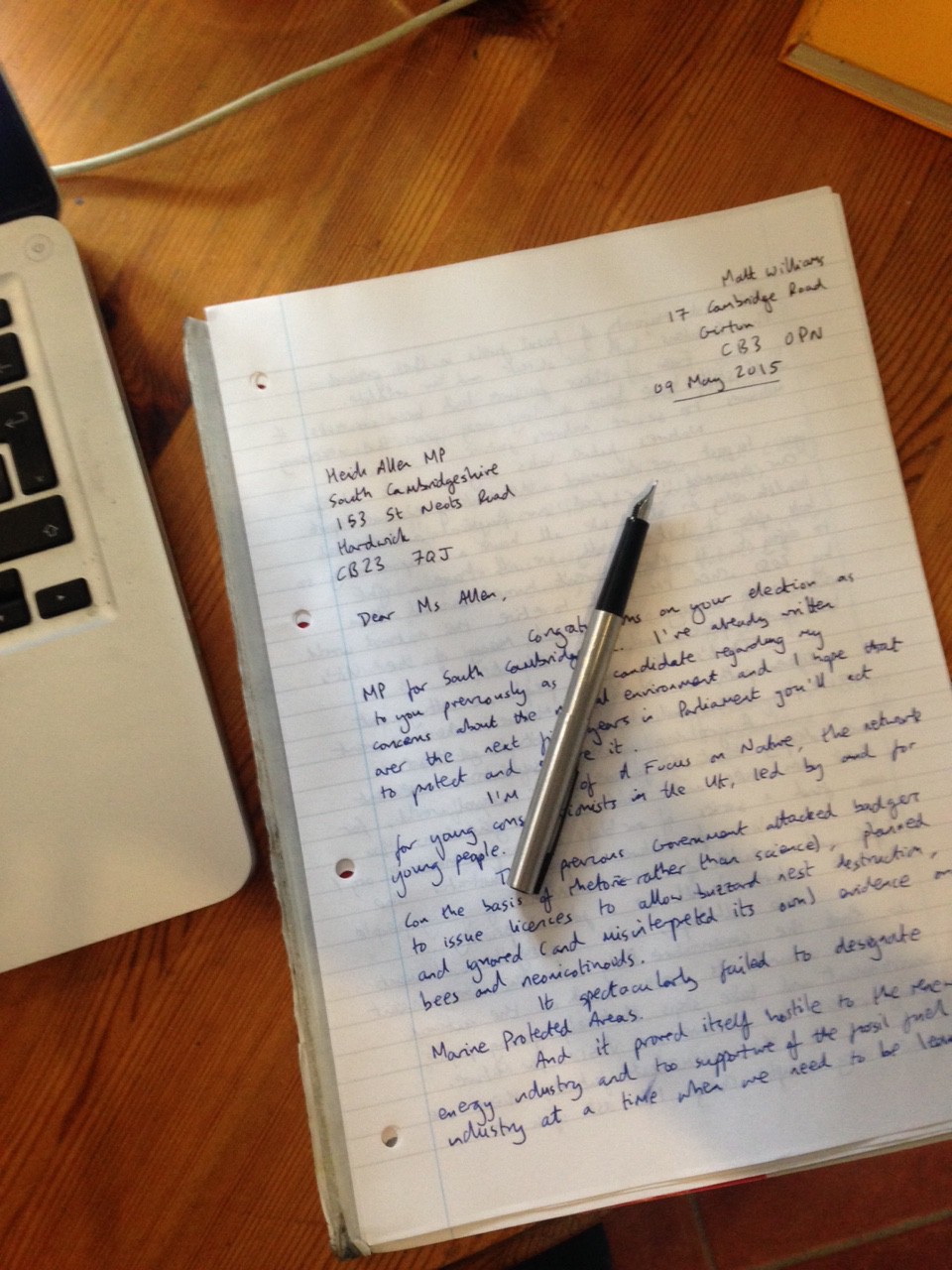 Throughout the year the AFON’s Facebook group has been host to some wonderful photographs of mammals, birds and lepidoptera. These have been joined by adverts for jobs and volunteering opportunities and numerous debates – over grey squirrel eradication, invasive species, whether countryfile is representative of the countryside and of course rewilding – to name but a few! The regular Wildlife ID quizzes havealso been popular.

Further, there have been many superb blog posts on the AFON website, including those that have formed part of the #VisionforNature campaign and the more recent Advent Calendar series. Many thanks must go to Megan Shersby for coordinating all of the social media and blogs this year. She does a fantastic job! Megan was also responsible for organising the bioblitz held in Radnorshire in June.

I also continue to enjoy posts from all of our members’ individual blogs – including Pete Cooper, Jennifer Garrett, Simon Phelps, Megan Shersby, Josie Hewitt, Tiffany Francis, Josh Burch, Amy Robjohns, Ryan Clark, Findlay Wilde, Mya-Rose Craig, Chris Foster and Georgia Locock (sorry not to mention everyone here!). As a fellow blogger I very much admire all of their hard work!

Over the course of the year there have been numerous events when AFON members have been able to get together to socialise, including the London socials held in February and December. AFON has an important role as a social network as well as a professional network and personally I look forward to meeting more AFON members in 2016.

One of these events was the Rewilding Workshop, organised by Pete Cooper and held in April. Many thanks must go to him for putting together such a thought provoking event. About 30 AFON members gathered at the Wildwood Trust in Herne Bay, Kent to hear from speakers, debate the concepts of rewilding and see prospective candidates for rewilding such as lynx and beavers in the Wildwood wildlife park. I was lucky enough to attend this exciting conference, held at such an early stage of the rewilding movement. Before attending the event I, as well as many others, had read George Monbiot’s Feral and I was keen to hear more from people who are actually ‘doing’ rewilding, such as Alan Watson-Featherstone. Speakers at the Rewilding event included Peter Smith, CEO of the Wildwood Trust, Alan Watson-Featherstone, Director of Trees for Life, Kate Carver of the Great Fen Project and Jamie Wyver who spoke about for possibilities and potential problems regarding lynx reintroduction. For the final debate the speakers were joined by independent ecologist Miles King and farmer Patrick Barker and there were some astute questions and points made from AFON members in the audience.

Another highlight of the year was Birdfair, held in August. Sadly I wasn’t able to make it up this year due to work commitments but I hope to get up there next year (19th-21st August if you want to put it in your diaries!). This year there was a plethora of AFONers who managed to attend. I am grateful to bloggers James Common, Pete Cooper and Adam Canning for giving me an insight in to this splendid festival of nature (despite the name, Birdfair is not just about birds!). As well as some glorious wildlife watching opportunities at Rutland Water, Birdfair this year provided opportunities for AFON members to meet face to face, sometimes for the first time, and to hear inspiring talks from a myriad of speakers. On the Saturday, AFONers Josie Hewitt and Georgia Locock joined Chris Packham on the stage, spoke eloquently (in the words of James common they were ‘nothing short of inspirational’) and were received with rapturous applause. AFON’s children’s art mural, manned by Beth Aucott, James Rhodes, Charli Sams, Imogen Mansfield and Thea Powell was also a great success as was the ‘children’s passport’. I encourage all of you to put Birdfair in your diaries for 2016! 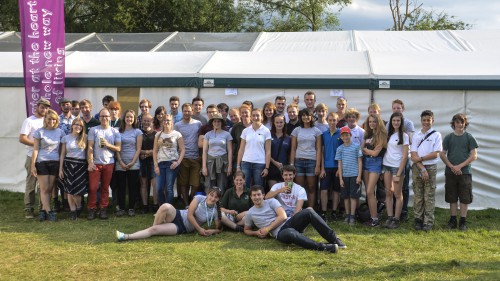 October saw the launch of ‘Response for Nature’, a report comprising a ten point plan to safeguard the natural world and highlight the actions that governments must take to safeguard its future. 26 conservation organisations were involved, including A Focus on Nature and a number of AFON members were invited to attend the launch event. AFON’s Josie Hewitt spoke at the event with passion and eloquence, alongside Rory Stewart MP, Steve Backshall, Steve Ormerod and Dr Martin Warren of Butterfly Conservation and loudly made the case that young people’s voices should be listened to. 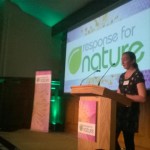 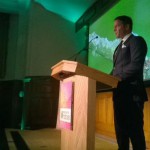 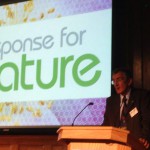 2016 will be the year when the Vision for Nature report is launched to the political world. It will also be a big year for nature on a European level with the promised EU membership referendum on the horizon. AFON members will certainly be keeping an eye on the EU debates and making the case for protecting nature within the wider debate. The nature directives (Birds and Habitats) have already been under review this year. A strong youth voice for nature is more critical than ever before and AFON members can and will provide it. 2016 will also bring more events, workshops, blog posts and the growth of the committee.

A very happy new year to you all!

Messages from some AFON committee members…

‘’2015 has been an incredible year – thank you to the AFON Committee, the Vision for Nature Committee and all the A Focus on Nature mentors, sponsors, members and friends who have helped to make it happen, and most of all to Creative Director, Lucy McRobert, whose drive and passion lead us in bringing together ever more young people who care about nature. Over the course of 2015, A Focus on Nature has gone from strength to strength, growing in size and confidence. We’ve spent the year working hard on the Vision for Nature report, and we will publish the final document in early 2016.This has been the year when we’ve proven that a large movement of young people care about nature and want to see political change to restore it. We’ve been honoured to be recognised and approached by a number of the large conservation NGOs, who are clearly realising that our members do some pretty amazing things. This included Finlay Wilde being asked to speak at the RSPB’s summer Parliamentary Reception, and Josie Hewitt speaking alongside Rory Stewart MP and Steve Backshall at the launch of the Response for Nature England report in London.’’

“It’s amazing to reflect on what A Focus On Nature has achieved this year – both collectively and our individual members. In our network, I have no doubt that we hold future CEOs of The Wildlife Trusts, RSPB, BTO, WWT, Buglife, Plantlife and many more. How wonderful will it be to say that all of those future CEOs have known each other, respected each other and worked together from their early twenties? How much stronger and more cohesive will the nature conservation movement be? Alongside those will be the politicians, teachers, scientists, healthcare professionals, chief executives, journalists, authors and entrepreneurs who emerge from AFON and who cherish the future of the natural world. Those are the moments we look forward to. This collective pride and sense of identity with each other, and in ourselves, was most firmly encapsulated for me in our presence at the Response for Nature launch, and in our logo appearing alongside century-old conservation organisations. What an honour – and the work of members – you guys – was what made it happen. Thank you.”

Ben is an environmental writer and agricultural postgraduate student. He has previously worked for Essex Wildlife Trust and in 2015 has been on the committee putting together AFON’s Vision for Nature Report. Earlier this year he published his first book: ‘Pushed to the Edge: A History of the Naze and Walton Hall’, based on landscape of the reserve where he worked. It is available on amazon. Ben blogs at www.thinkingcountry.wordpress.com and can be found on twitter at @benjy_eagle.